There are several reasons behind the recent flash crash in Crypto’s led by Altcoins followed by Bitcoin, which broke an important Technical level of 5850 and made a lower low.

Let us try to find those reasons in brief:-

Let’s do some detailed analysis of Top4 Cryptos. Being weekend volumes will be low but there will be a lot of action in cryptos due to recent BCH-Hardfork and its aftermath trading activity.

Based on the BTC/USD daily chart, the price is well below the critical level of 55Day EMA, MACD crossed down is below the Signal Line with (MACD histogram in Red) and RSI is oversold at 16 Levels but stabilized there. This indicates a neutral to negative bias; As Price is far below from 200Day EMA indicating bearish trend intact. 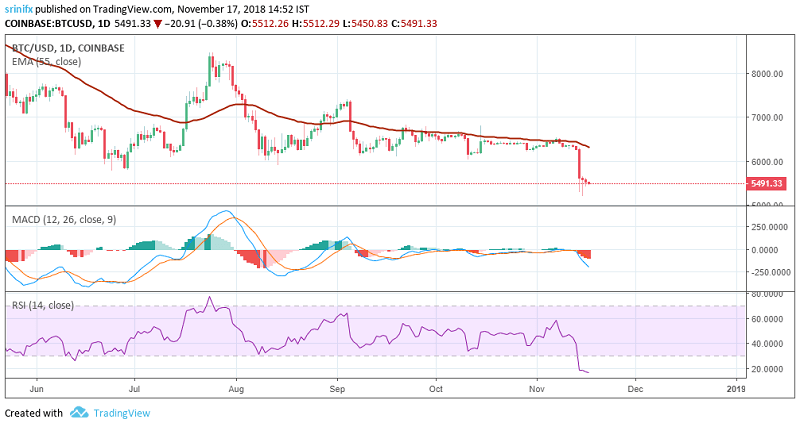 As long as the Bitcoin Price holds $5450 level and doesn’t break above $5850, we can expect consolidation in the trading ranges $5500-$5700 Area. (Huge breakout to the upside cannot be ruled out as we are in an Oversold territory).

At the time of writing this article, ETH/USD is trading around $176, a significant retracement from previous highs of $200. As long as the price stays above $175, Next trading range will be $175-$190 area.

Based on the ETC/USD daily chart, the price is below the critical level of 55Day EMA, MACD is also below the Signal Line and RSI is at 28 Level. This indicates a slight negative bias; we can expect some buying at $175 level being a major support. As the Price is far below from 200Day EMA indicating bearish trend intact. 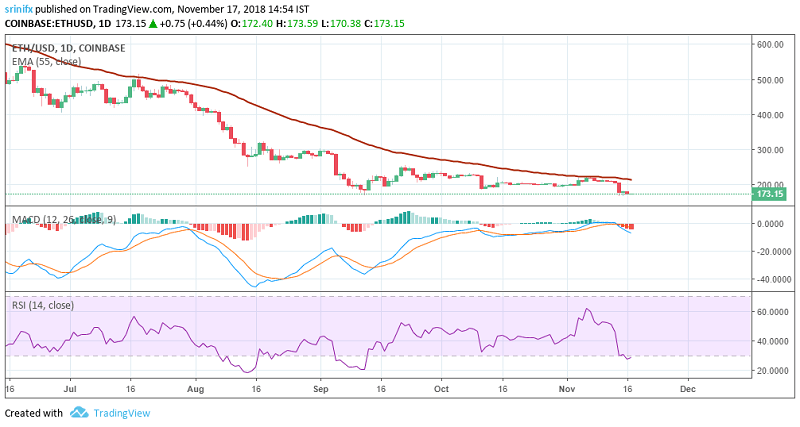 As long as the Ethereum price stays above $175, Next trading range will be $175-$190 area. If there is a sudden price breakout above $190 and stays above it we can expect a Rally towards $210. Contrary to the above if price breaks crucial support of $165…more selling can be seen.

At the time of writing this article, We are in the Post BCH-Hardfork trading environment. Exchanges are slowly recognizing the Forked coins (BCH-SV & BCH-ABC) and crediting them to client accounts for further trading. 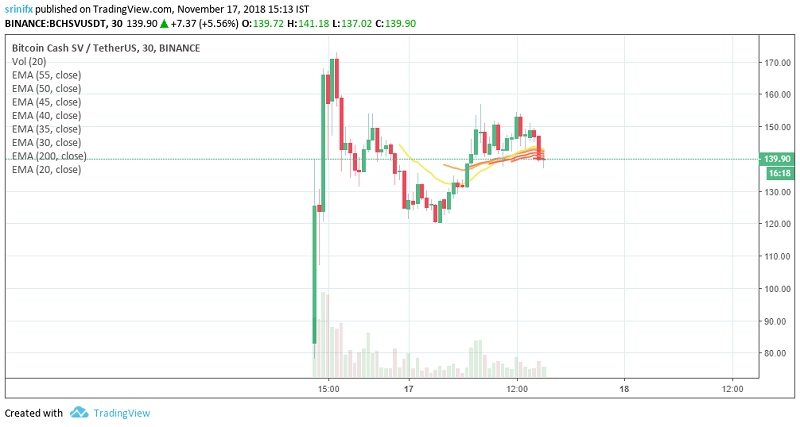 It is too early to make Technical Analysis on these 2 coins. 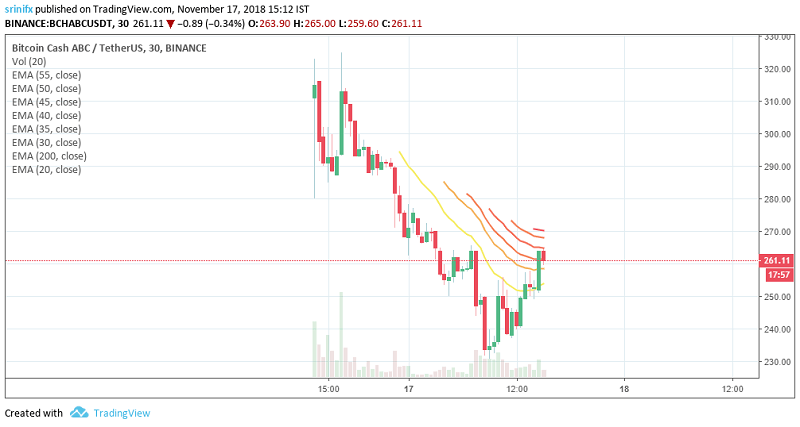 BCH-SV is trading at $145, whereas BCH-ABC is trading at $260… based on the Hash power dominance time will tell which coin will have the dominant chain.