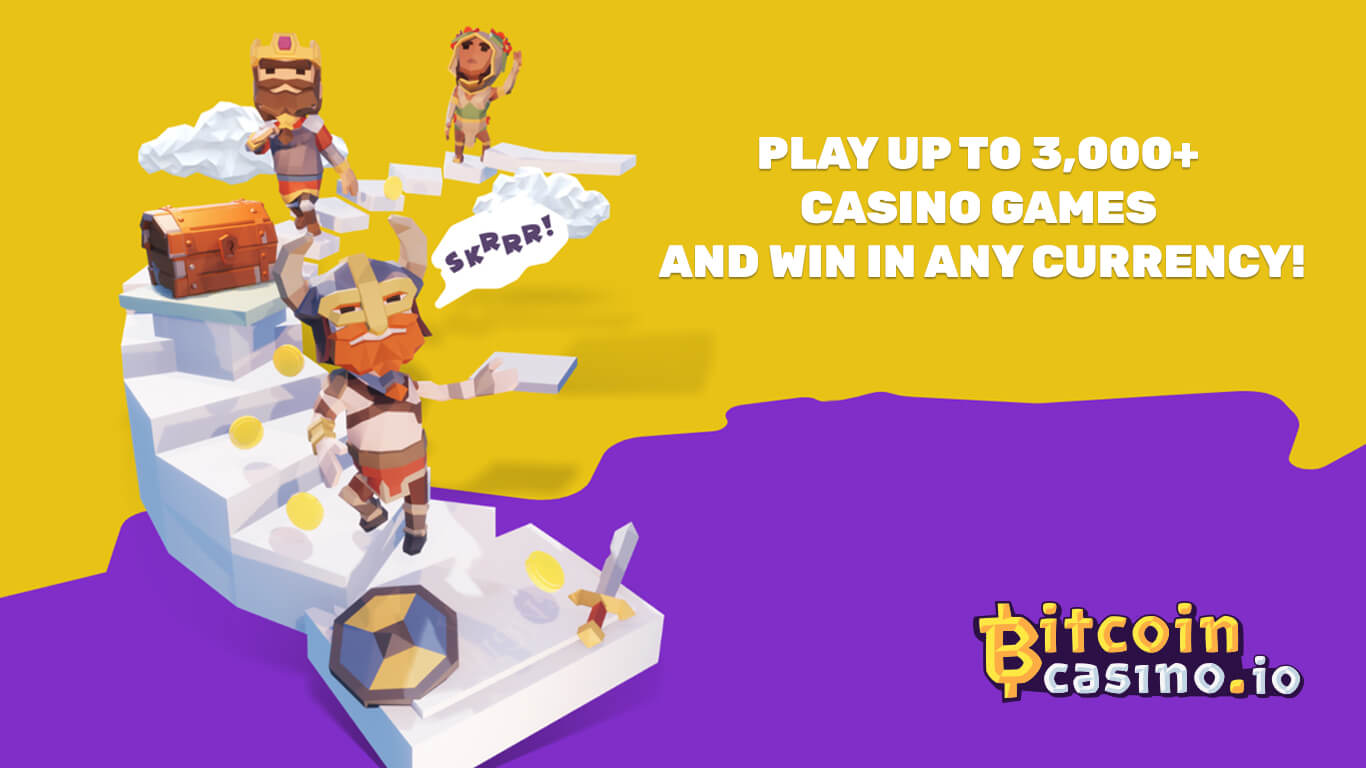 The newest contender in the casino gaming arena has broken into the scene with a whopping number of 3000 games. The platform we’re talking about is www.bitcoincasino.io, a new online gambling establishment that accepts Bitcoin, Bitcoin Cash, Tether, Dogecoin, Ethereum, Litecoin and FIAT currencies for its games.

Bitcoincasino.io has added many new game providers to its list, and it seems that it will keep adding more. Iron Dog Studio is the latest gambling developer to have its titles featured on the bitcoin domain.

Iron Dog Studio first debuted on June 2017, when 1×2 Gaming, another top gaming provider, decided to rebrand their corporate developments to 1×2 Network. 1×2 will keep on creating virtual sports and casino games, but Iron Dog Studio will independently develop new games for the casino industry under a different team.

As Iron Dog is part of the 1×2 Network, all the games have to be thoroughly tested, and the RNG is certified by NMi Testing Labs, a top auditing company in the gaming and IT security. Iron Dog is licensed by the UK Gambling Commission, a highly reputable regulator in the casino industry, meaning that all its games are safe and fair.

The newest member of the 1×2 family combines cutting edge technology with classic gaming models to create games that are both innovative and familiar to players.

The provider has not made that much content, having produced only a few games. But due to its affiliation with its sister brands, these titles have been distributed to many online casinos, and the slots attract a lot of players given their high quality.

Iron Dog specializes mostly in creating video slots, and it appears that they started with popular themes, such as crystals, fruits, and Egyptian. While the primary focus of the studio is slots, it has expanded its variety to include some table game, such as baccarat and blackjack. They had also developed another classic casino game, namely 3D Roulette, which was the first and only table game when the company launched.

Bitcoincasino.io Let the Dogs Out

Iron Dog has a modest 17 titles featured on bitcoincasino.io, but all the games are entertaining and present stimulating visual graphics.

The most popular slots form this provider that can be played on bitcoincasino.io are Cosmic Crystals, Paint, Cherry Blast, Gifts of Ostara, Treasure of Horus, Neon Jungle, Viking Wilds, Wai Kiki, Siren’s Kingdom.

Gifts of Ostara is a unique slot which is based on a novel theme centered around the goddess of Easter. This colorful and well-crafted slot includes a variety of exciting features, such as free spins, multipliers, wilds, and sticky wilds.
The Gothic Horror Blood Queen slot features 5 reels, 30 paylines, paired with dark but fascinating images and sounds in addition to a stimulating gameplay.

bitcoincasino.io also incorporates Iron Dog’s 3D European Roulette, which allows users to play the classic roulette on their desktop, mobile or tablet devices. The animation and graphics move smoothly on any device and, in the background, you can hear soothing Jazz music.

Bitcoincasino.io runs smoothly on whatever device you decide to access your account and play. The best part is you do not have to clutter your hard drive’s memory by downloading and installing any apps. You can play any games from bitcoincasino.io from a web browser after you have entered into your account.

The platform features a wide variety of payment methods through which players can fund, cash out, and gamble. As we first mentioned, there are a variety of cryptocurrencies that are accepted, but the site also included support for a broad range of fiat options.

As bitcoincasino.io is still a new player in the online casino world, it plans on setting itself apart from the competition by adding more and more exciting features and games.