Steve Wozniak, one of the co-founders of Apple which is the biggest corporate entity based on its market capitalization is out from the crypto rush. Wozniak who came out strongly in favor of bitcoin and blockchain technology last October has announced that he has already sold all his crypto assets.

Wozniak spoke on October 2017 in the Lomonosov Moscow State University auditorium during the Russian Scientific Festival about the future of Blockchain technology and its effects on the future economy. At one point he pronounced that Bitcoin is better and valuable than gold given the restrictions on the production of Bitcoin in terms of twenty-one million emissions only. This combined with the Blockchain make Bitcoin a much better asset than gold. 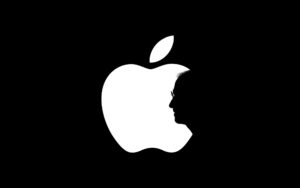 Wozniak also criticized the contemporary exchanges and the dollar given the centralized mechanism through which Federal Reserve’s control the number of dollars released in the market. Thus, effectively making US dollar a ‘dummy’, which the US government can issue according to its political interests. Compared to such machination, Bitcoin according to Wozniak is “genuine and real”.

Wozniak now claims that he acquired crypto assets out of “curiosity” when the prices were near $ 700. He explained that in the beginning he was just experimenting and he didn’t care if he will lose or gain anything, he just went with it. He just wanted to know the mechanism of how to buy and sell these things. Eventually, he won.

But now he becomes alarmed over the fluctuations in the prices and also he was sick of constantly watching the numbers on the screen. Hence, he sold all his bitcoins when the prices were $20000 in December 2017. He seems to have made a clever decision and hefty profit given the market flux later in 2018.

Many heavy investors such as Peter Thiel have already profited from the boon as Thiel also cashed his bitcoin profits in December 2017 just before the flux became the norm. The investment patterns of these venture capitalists have at least some aspects in common. As Garrett Hedlund says, “Timing is everything”.