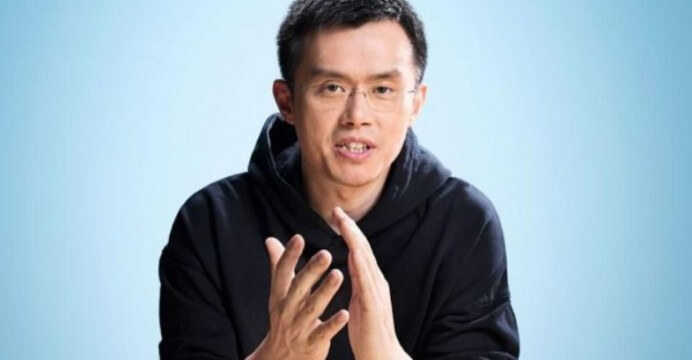 Yes, you heard it right Binance being the major cryptocurrency exchange is soon to launch a live money beta testing of Singapore FIAT exchange. This announcement is done this Saturday by the CEO of Binance, Changpeng Zhao.

As you know most cryptocurrency exchanges are dependent on BTC and ETH for liquidity. The addition of FIAT will certainly boost the mass adoption of cryptocurrencies.

Initially, cypto trading with FIAT currency is available based on invitation only. Later on, it might be opened for all. 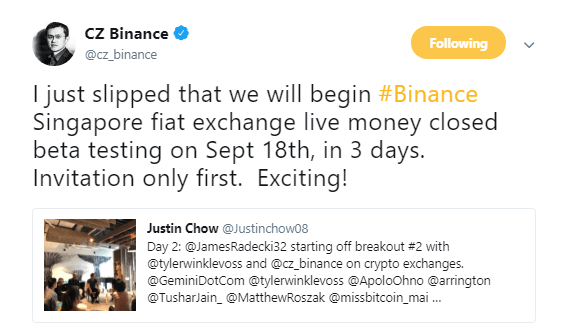 Binance exchange was established in the year 2017 and since then the team is working hard to capture the market. Binance is also one of the companies that are going to participate in the Delta Summit that will take place from 3rd October 2018 to 5th October 2018.

Changpeng Zhao the Founder & CEO at Binance is one of the speakers at Delta Summit which is the official summit of Malta government. In 2018, Zhao announced his intentions to relocate the headquarters of Binance to Malta.

“The blockchain space is getting to the point where there’s a ceiling in sight,” Buterin said in a Sept. 8 interview with Bloomberg at the Ethereum Industry Summit conference in Hong Kong. “If you talk to the average educated person at this point, they probably have heard of blockchain at least once. There isn’t an opportunity for yet another 1,000-times growth in anything in the space anymore.”