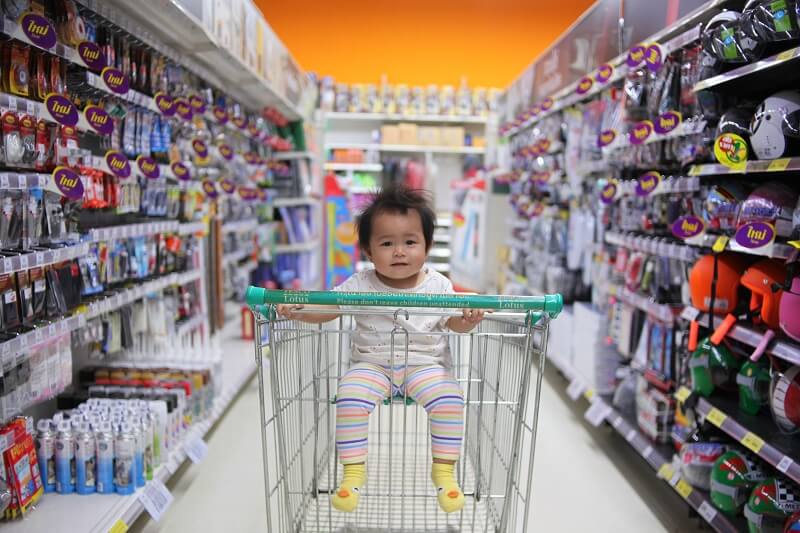 The official post revealed that Bitcoin Superstore that is mainly the crypto-store platform has announced its acceptance of Tron (TRX). This will make the payment more accessible and users can readily purchase it from any of the retailers nearby. There are almost 200,000 vendors and the platform has enabled the users to pay by using any of the seven cryptocurrencies regulated by them.

The sources have explored that among so many retailers few of them also have some reputed franchises including Google, Amazon, Starbucks, Walmart.com, Express and so far. In addition to this, the company assures that they have userbase for customers throughout the processing unit meaning from accepting the order till the delivering of the product. 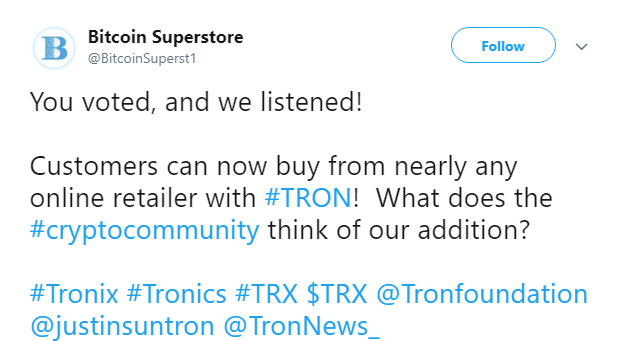 If there is an extra payment made then the team will return immediately. Moreover, the company has assured that the vendors will also offer gift cards of different brands including Nike, Best Buy, Gamestop, and Starbucks.

The post has also stated the process to place an order from the retailers. On the very first, the user will have to log in into the Bitcoin Superstar, eventually locate the URL of the selected product, enter the delivery address and then finally chose the payment mode.

Further, the payment mode will guide regarding the available cryptocurrencies on the platform and the customer can choose the coin according to the wish.

This move taken by Bitcoin Superstore have witnessed positive response from its users and investors. One of the response read as, the platform has taken a big move, Tron is really working hard to create waves in the cryptocurrency world.

The report has also unveiled that Bitcoin Superstore has also agreed to regulate its transaction through many other coins including XRP, litecoin, Dash and many other.

Apart from these, Tron has also revealed its partnership with Seedit that is mainly a payment system in the cryptocurrency world, depending upon the Tron network.

The company has stated that in order to make the payment system more transparent and accountable Tron will work as a wonder for the customers. Tron has settled the programming interface on the Seedit platform.

Moreover, the first advertisement made by Tron was encouraged by uTorrent installing an app. Well, the advertisement gained publicity at the same time when uTorrent secured its place into Tron’s Super Representative Club.

At the time of the press conference Tron (TRX) was regulating at $0.02 having a market cap of $1.48 billion and now is backed by almost 23% in the last few days. Let’s just hope that after gaining so many targets it will again gear up and try to come up with flying colors.