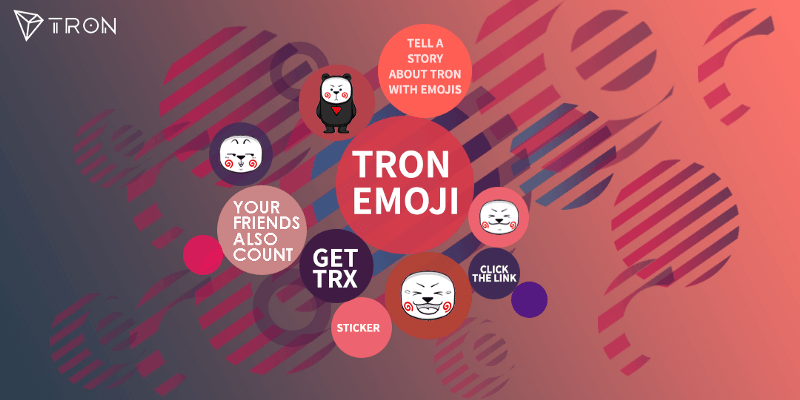 There seems to be a great offer to win loads of reward. Yes rightly read, according to an official tweet made by TRON team it has been reported that the platform has organized a competition where the interested candidate will have to tell their ideas and thoughts through emoji’s and can win rewards.

The sources have stated that it is not at all important whether you are using TRON or not any crypto enthusiast or internet surfer can also be the part of this programme. The applicant just with the help of emoji has to create a story and post on a social networking site.

Well, your creative ideas can be submitted in two forms. First is all about rendering the existing emojis to tell the ideas. However, there are certain criteria that needs special attention including the story must be creative and fun to see, TRON element must be included and most importantly while uploading your story on Facebook or Twitter type #TRONFUN, if not then your work may be lost. 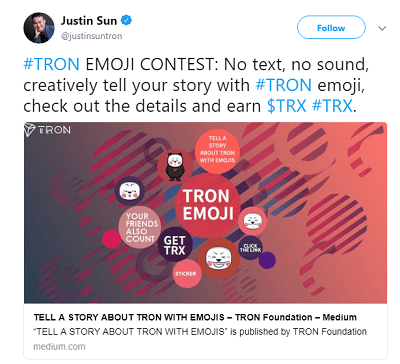 The second form is the original creation. This also has certain requirements as in including the TRON element, there must be a set of minimum five different emojis and the submission must include #TRONFUN.

Furthermore, the sources have also revealed the time that on August 28 the stories will be evaluated and results will be announced during a campaign. The participants can keep an eye on their Facebook and Twitter inbox and rewards will be honored accordingly.

The interesting part is that the work has to be uploaded on Facebook and Twitter account to get as many likes as you can. In addition, the applicant has to tag at least ten friends and also to the @tronfoundation. Moreover, the friends you tagged have also the chance to win rewards.

The first six applicant having maximum likes and shares can get a chance to see their work and photo on the official website of TRON as well as on Twitter account. So make the best use of this chance to become a star.

The reward is of an amazing package, the winner will be awarded 20,000 TRX which means that 16,000 will be given to the applicant and the rest of 4000 will be distributed among his tagged friends.

The outstanding performance having likes and shares from No. 2-No. 6 will be honored with 3,000 TRX in which 1000 TRX will be calculated among 10 tagged friends of the applicant. Moreover, the candidate who will share the post on Twitter and Facebook will also get the reward of 5000 TRX.

Let’s just celebrate this event and try our best to make it a successful one. Participate, enjoy and win exciting TRX points.