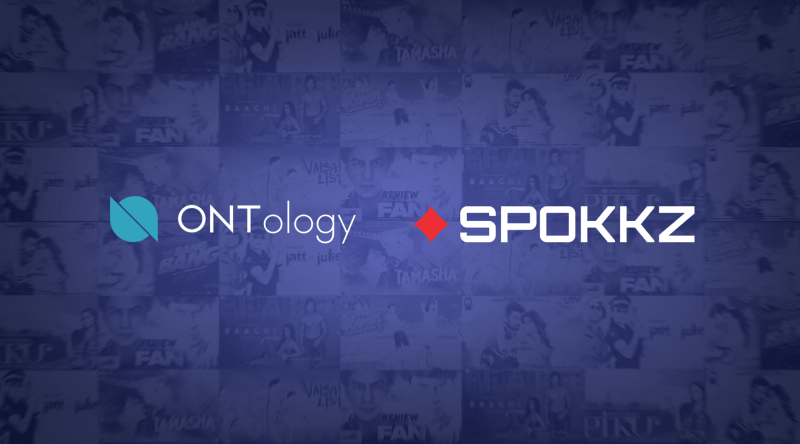 Ontology and Spuul to get partnered to design a new dApps ‘Spokkz’ as per the official tweet made by the Ontology team. Ontology is a platform that works for the multi-chain project with a collaboration of trust, on the other hand, Spuul is a movie platform having millions of customers who have planned to introduce Spokkz, a new content dApp.

Spokkz is a species of Spuul that have enabled around 60 million users across the world to download Bollywood movies. With the newly designed dApp, the firm wants to take a new move by making its tokenizing system more advance. When customers will regulate with the Spuul platform, their Spokkz token will directly link them with the media producers as well as state the meaningful stories according to individuals wish.

Coming to the Ontology, its basic strategies will suit the real world scenario of businesses that is mainly reflected in its framed module including distributed ledger system, a complete smart contracts, an identity framework, trading of data and so far.

Spuul in a similar manner has revealed that the new project will not get accomplished with the use of new hardware but with the technologies that we already possess. Spuul has decided to execute its plan by using its existing designs to build Spokkz definitely by using the infrastructure of Ontology and create the designed product.

In addition to this, Spokkz will also use ONT ID that is distributed identity framework of Ontology that will surely help customers on their platform.

The founder of Spokkz, Subin Subaiah stated that the team is honored to work with Ontology. He assures that Ontology’s infrastructure with Spokkz’s large user will definitely bring revolution in the entire token industry.

On the other hand, the founder of Ontology, LI Jun stated by agreeing to the statement made by Subin and further added that Ontology is continuing to explore more innovative approach. He also stated that Ontology is pleased to work with Spuul that have the potential of handling a large number of users with a proper mechanism.

The partnership between Ontology and Spuul will be a game-changer for the whole community of token. The collaboration between the duo will bring a more innovative approach to fascinating more customers.