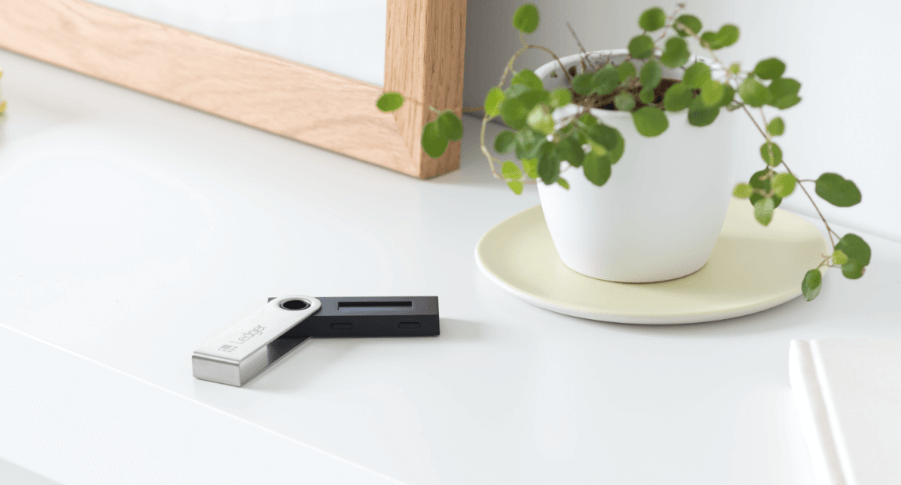 There seems to be a big step taken by Ledger Live, the official blog post has unveiled that Leger is successfully assisting WanChain, VeChain, RSK, Kowala Ontology, PoA, Icon, and Particl. It further stated that these are third-party apps and are made available on Ledger Live for the Ledger Nano S.

Leger live stated that while installing WanChain, it is better to download the latest version of Bitcoin App in order to utilize the best of it. The sources further stated that the fact is irrelevant whether Bitcoin app is already installed or not.

Ledger, in order to improve its development, has always appreciated and welcomed customers request and comment. The hardware wallet of Ledger got live in the year 2014 with the help and support of a crypto community, without their continuous support Ledger would not have reached where it is now.

From the starting, Ledger has promised to provide utmost security and also succeeded in doing so, the team has also stated that they will use eco-friendly way to provide solutions to the newcomers as well as the experience one. With this, they also committed to providing a large variety of cryptocurrencies and applications on Ledger product and proving the same bit by bit. 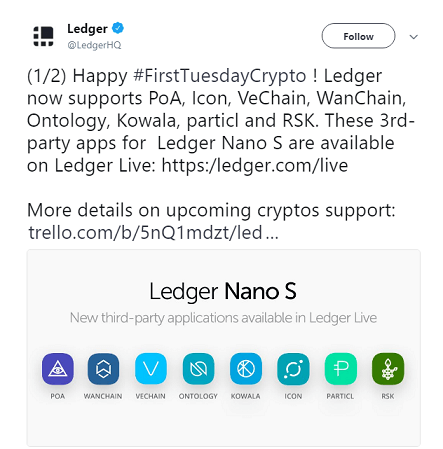 Moreover, the technologies under Ledger are built in such a manner that it has the capacity to allow the community to design the third party apps. The Ledger team is really surprised to see their result and enthusiasm of its developers as well as customers for their positive response.

As per the official blog post, it has revealed that out of 37 application committed, 15 of them are available by adding 8 new apps and the rest 18 will soon be developed in coming days that is under review.

Furthermore, they stated that the whole Ledger team is surprised and proud of the support of such an amazing platform and looking forward to enabling more applications for the Ledger devices.

Ledger is excited to strengthen its third-party app and by landing its First Tuesday Crypto, a brand new scheme for the whole community of Ledger that will take place in every first Tuesday of every month.

This scheme will help both the user and the team to streamline whether and when to agree with the new release of launch. Further, it will allow validating the third-party apps in an efficient manner.

In order to make the best use of these third-party apps proper guidelines are provided ensuring the maximum security, designing of the application, working of the same and so far.

The official website of Ledger consists of all the guidelines enshrined in a separate document. In addition, to install any one of these apps the person will have to download it from the Ledger Live.

Of course, the above-mentioned achievement will lead Ledger in a high position in the market and yet there are more developments on the way that are untouched.