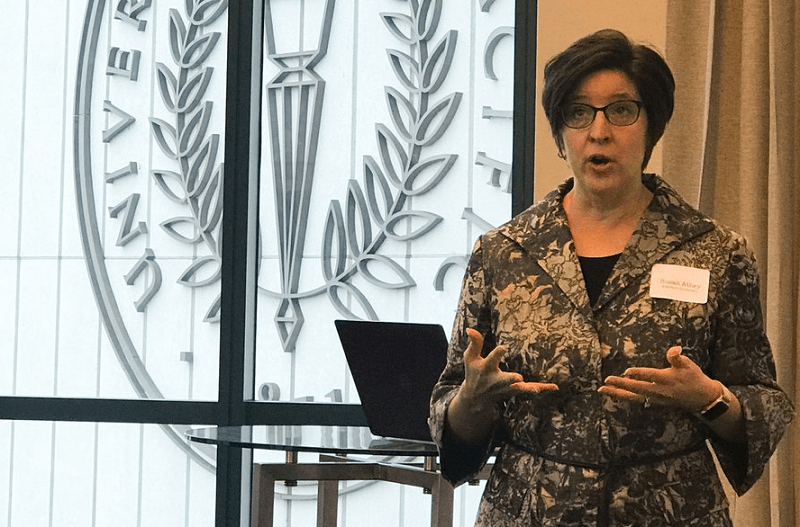 As you know that Swell by Ripple event has already started today at San Francisco, CA. Renowned economist Susan Athey, at the Swell event, stated that Ripple stands out in its solution to real-world problems.

As per the tweet by Ripple official page “There are many #blockchain projects that are interesting, but they aren’t sustainable businesses. @Ripple stands out in its solution to real world problems. This is one of the projects seeing the broadest adoption.” –@Susan_Athey meeting with central banks at #SwellbyRipple

Susan Athey is an American Economist. She is The Economics of Technology Professor at the Stanford Graduate School of Business. Before joining to Stanford she was the professor at Harvard University. Also, she is the winner of  John Bates Clark Medal. No female has won this medal before Susan Athey.

She currently serves as a long-term consultant to Microsoft as well as a consulting researcher to Microsoft Research. She has also served as an associate editor of several leading journals.

Swell is an event by Ripple that is going to be organized on October 1-2, 2018 at San Francisco, CA. As per the official website “Swell, hosted by Ripple, connects the world’s leading experts on policy, payments, and technology for the most provocative dialogue in global payments today.”

Swell is located in downtown San Francisco, the home of Ripple’s headquarters. The keynote speaker at the Swell event is President Bill Clinton, so the event is going to be special.

Ripple [XRP] to the MOON, now ahead of Ethereum [ETH]