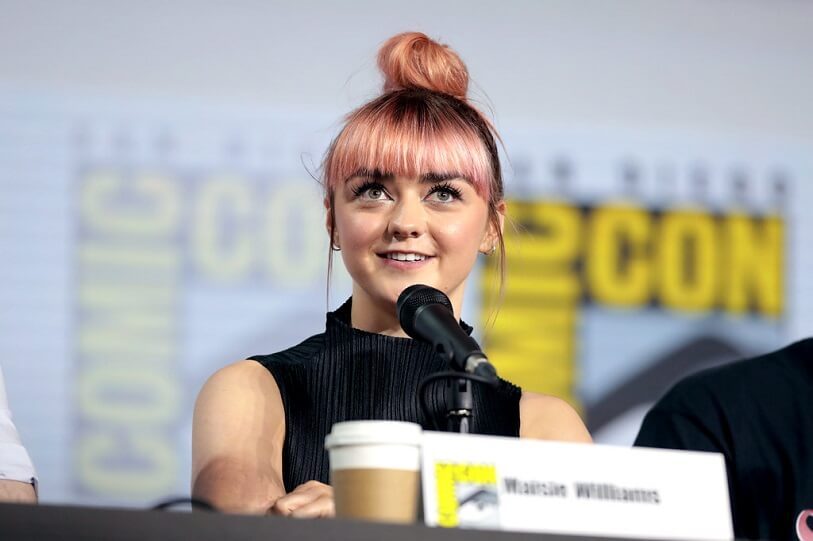 Maisie Williams, the best known for her role as Arya Stark in the HBO series Game of Thrones. It seems that Williams is becoming the new Bitcoiner.

Twitter is going crazy with this mention of Bitcoin by high profile celebrity. Many high profile figures started giving their suggestions soon after the tweet. Even Elon Musk, the CEO of SpaceX replied to the tweet of Maisie Williams by saying, “Toss a bitcoin to ur Witcher”.

OKCoin, the cryptocurrency exchange replied to Elon Musk and Williams by saying, “The Dire Wolves collect their dues #bitcoin”.

One of the Twitter users asked “I really want to get into Bitcoin or some form of CryptoCurrency but I literally don’t know anything about it so until I can learn the do’s and don’ts it’s probably not the best idea. Can anyone point me to a vid or somewhere I could learn what I need to know? Even a few tips?”

Peter McCormack, who is the host of the famous podcast “What Bitcoin Did“, suggests the user by saying, “Lesson 1 – Bitcoin and nothing else”.

Even the Gemini crypto exchange replied by saying, “Crypto winter is NOT coming. Check out Gemini if you want to stark some sats!”.

Justin Sun, the man behind Tron foundation replied, “Yes! It is time to FOMO!”

Even the largest crypto exchange, Binance not left behind in joining this crazy moment by a Smiley.

CoinMarketCap suggest Maisie Williams by saying, “Hodl on arya!”. Michael Novogratz, an ex-hedge fund manager replied by saying, “I bought more BTC last night at 15800. It’s going to 20k and the. To 65 k. The network effect has taken over. I see tons of new buyers and there is very little supply. It’s an easier trade here that at 11k. So YES, buy it.”

The list of reply by famous well known Twitter figures are more, so stay tuned with Koinalert for more updates.