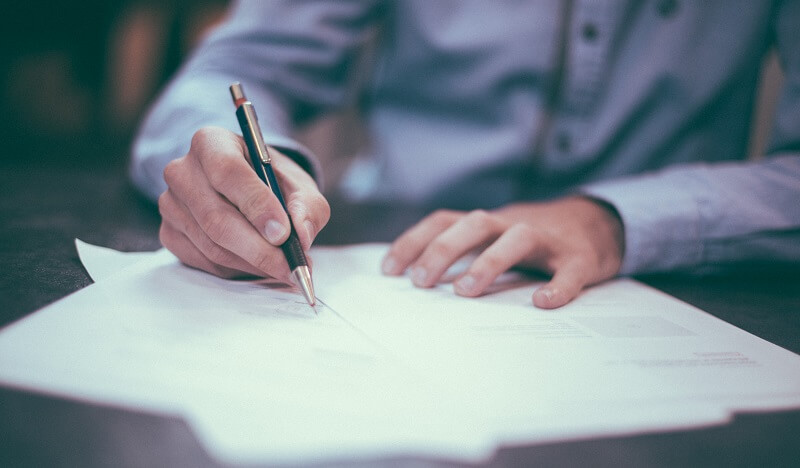 Binance which is one of the top cryptocurrency exchange at present announces via a tweet that Wei Zhou is the new CFO of the company. From now Wei Zhou who is a known Wall Street specialist will serve as the Chief Financial Officer.

As per the official tweet, “Mr. Zhou brings over 15 years of executive experience of leading technology, internet and media companies where he has built up particular expertise in financial management and accounting, capital markets and investments, as well as growing and scaling business operations in both China and the United States”. 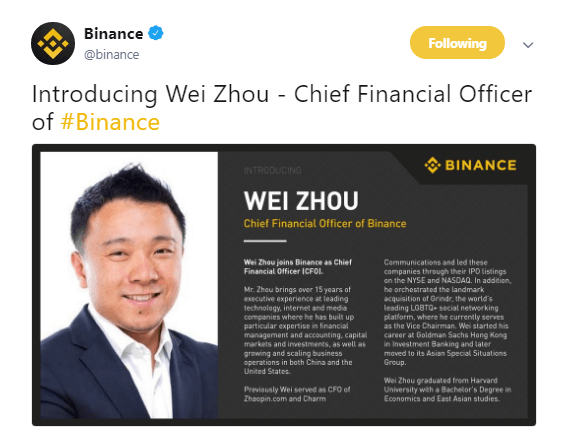 Wei Zhou has graduated from Harvard University with a Bachelor’s degree in Economics and Eastern Asian Studies. Previously Wei has served as CFO of Zhaopin.com and Charm Communications and led these companies through their IPO listings on the NYSE and NASDAQ.

In addition, he orchestrated the landmark acquisition of Grindr, the world’s leading LGBTQ+ social networking platform, where he currently serves as the Vice Chairman.

Despite Zhou’s IPO skills, Binance CEO denies of any plan for IPO. “Binance [has] no plans for IPO, but that doesn’t make those experiences less valuable in our new industry.  On the contrary, those are very much needed,” Zhao tweeted.

Brian Armstrong: A Billion People Will Be Using Cryptocurrency in Next 5 Years