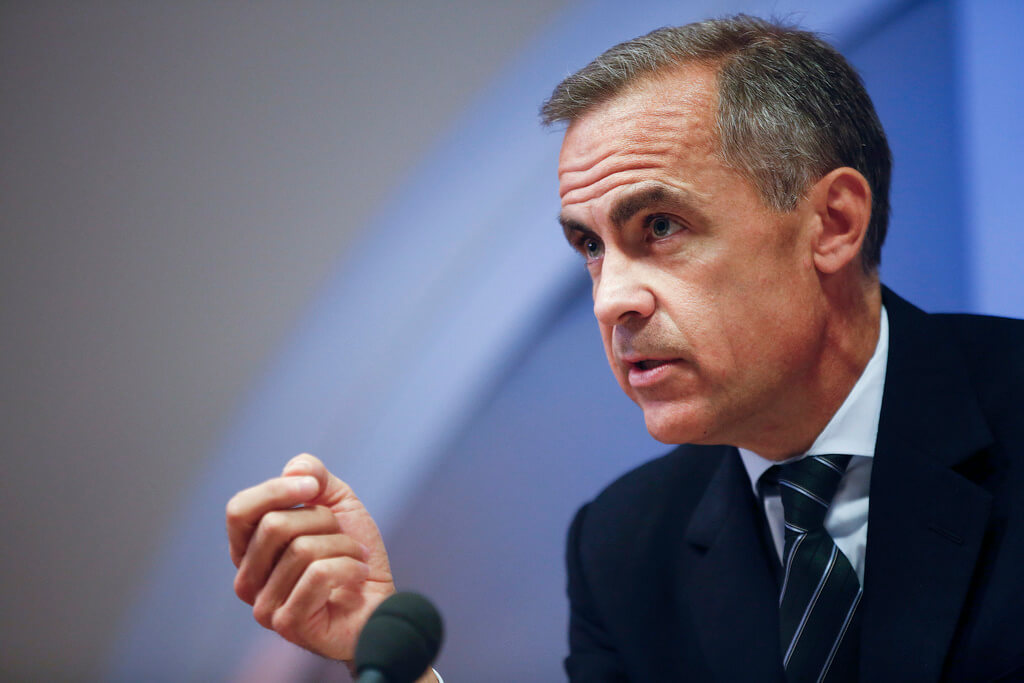 Bank of England is open to the adoption of a digital currency backed by it. This comes as a surprise to a lot of crypto watchers. The bank is known for its hostile attitude towards crypto.

This attitude was crystallized after the infamous outburst of Governor Mark Carney in February. He attacked the cryptocurrencies brutally.

He pointed that they have completely failed the financial function of a money. They can’t be used as a storage value given their volatility and they are all over the map.

He further asserted that nobody was using them as a transaction modus and they are only used as gambling assets. This can’t bother well for their future.

Now he is signaling some softness in his stance as far as the cryptocurrencies are concerned. He was attending a banking conference in Sweden organized by Swedish central bank Riksbank.

This was a Riksbank anniversary conference. Governor Carney said that he was open to the idea of Central Bank Digital Currency (CBDC).

However, he warned to tread cautiously on this path. He clarified that digital tokens still are far from fulfilling the purposes of money.

And there will be some legal hurdle considering they are not categorized as money. Henceforth, it will not happen very soon and take significant amounts of time.

Carney at the conference further pointed out the challenges faced by the central bank in the transformed financial landscape.

He argued the future of central bank and thus the financial system depends on the trust of the people. Such trust can be tested with shocking events such as Brexit.

The banks must contend with the problem. They should come up with the solutions which can protect both their and their client’s interest.

There are similar opinions about the central bank digital currency. Two Scandinavian banks have already expressed their interest to join the bandwagon.

US DOJ is starting criminal investigation into Crypto price manipulation