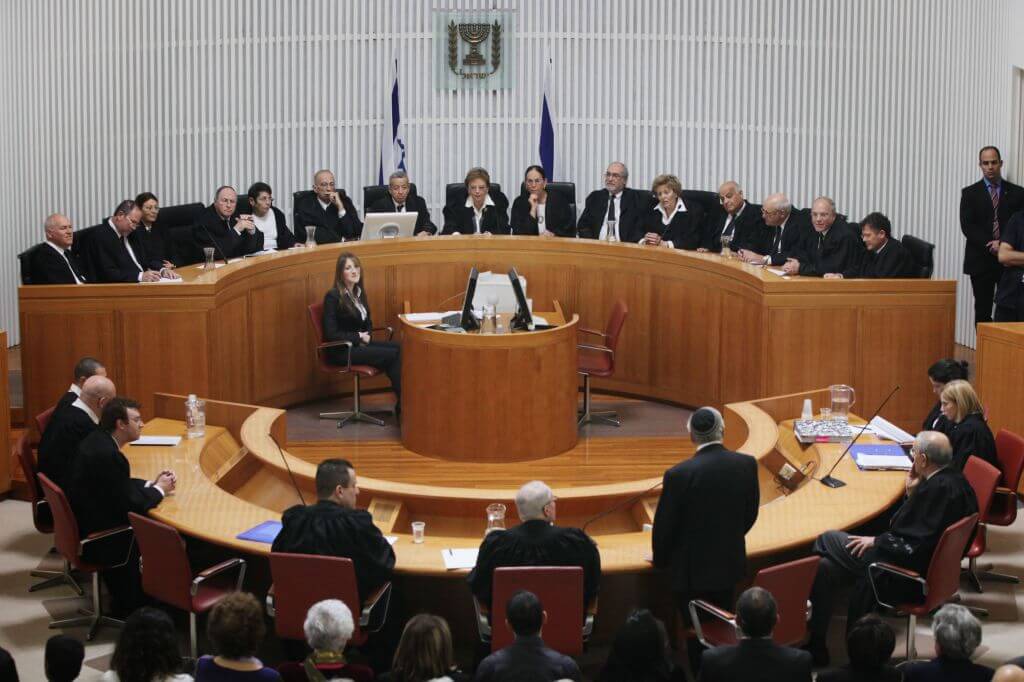 Israel which is also known as The Startup Nation and known for a number of popular applications, platforms, and products including USB flash drives, the Waze navigation app, SodaStream carbonation machines, the country has set its foot in the crypto industry as well.

In February 2018, the Israeli Tax Authority (ITA) stated that cryptocurrencies will be taxed by the capital gains as properties. Hapoalim, Israel’s largest bank, partnered with Microsoft to create a Blockchain-powered platform to “make the process of signing up guarantors simple and quicker.”

The Supreme Court of Israel in session (The times of Israel)

Israeli Supreme Court handed down a decision that would temporarily block Leumi Bank, limiting a local broker, Bits of Gold, from facilitating the sale of cryptocurrency took it even further on February 26, 2018.
The judge ruling the case, Anat Baron, said that her decision was “not intended to harm the bank’s rights to analyze with specificity every transaction that takes place with the bank account or to take any actions that are related to minimizing risks.” Though many were quick to laud the temporary ruling as ‘precedent-setting,’ it still leaves ample room for further developments. for now, cryptocurrency brokers and exchanges putting transparency first will be regarded as lawful.

Yuval Roash Founder and CEO of Bits of Gold sees this decision as justified, saying,

“Regulation is one of the things that has been important to us since the beginning. From the very beginning, we saw the problem with Bitcoin in terms of its anonymous characteristics, and we wanted to receive a currency service certificate—and we received it in August 2013.”

Bittrex Cryptocurrency Exchange to Delist 82 Altcoins at End of March