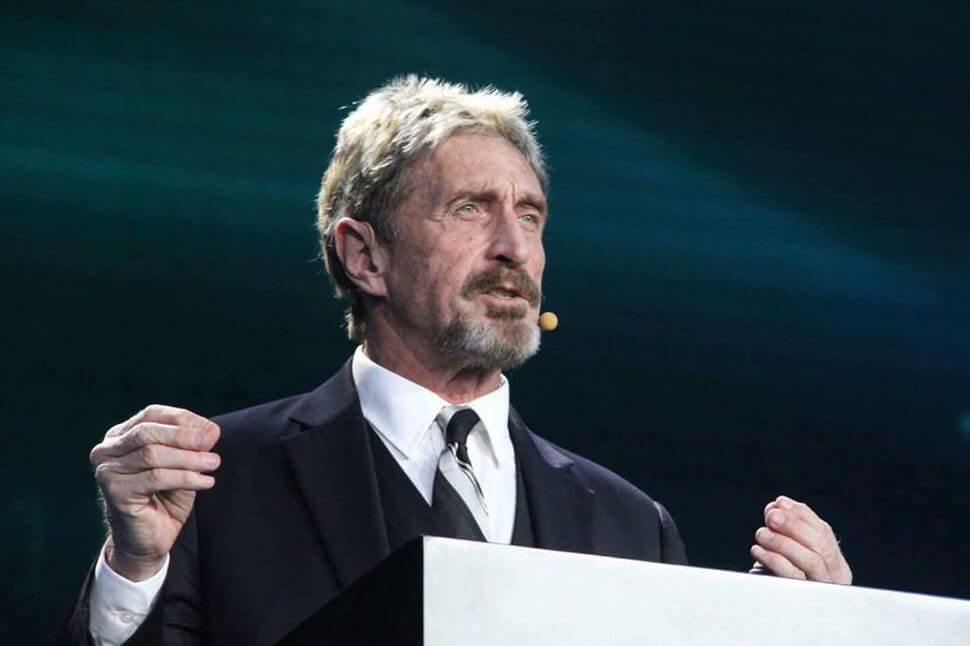 The official announcement made by John McAfee, the cryptocurrency expert on his twitter account has amazed the investor, customer and the reader as well. The expert has challenged to hack his newly designed BitFi wallet. He stated that if anyone is accomplished in hacking this wallet will be offered $ 250,000 dollars as a reward.

This offer is not valid only for the first hacker but for every person who will be able to hack BitFi wallet will be honored with the reward. BitFi.com, the official website has also revealed the process of participating in this challenge.

It states that coins will be already deposited in the wallet. The person who wants to be the part of this competition will have to buy one of these preloaded wallets with additional $10. The applicant who will successfully be able to draw the coin and empty the wallet will be honored with the said amount.

The irony behind this challenge is that it is better not to waste time in hacking this wallet as it is unhackable. The expert has also tweeted the reason for his challenge. In order to hack any system, there must be any kind of data present that is susceptible to hacking, if there is no such kind of data it is not possible to hack.

Moreover, if a person wants to hack a wallet there is a need of identification code of wallet as well as the user or owners password. Without these options, the hacker has no other clue.

If we talk about the newly designed wallet it has no backup or storage meaning, no data or information can be stored about the user or an author. It is purely a processor that is used to access the wallet every single time the user wants to connect with it.

The company creating BitFi has confirmed that the team has launched the amazingly sophisticated hardware wallet in the crypto space. The main purpose of designing such an incredible instrument is to adopt virtual currencies for the world. Each and every element of the wallet cost for $120 dollars.

The website of BitFi stated that the Bitfi wallet is only for $120 USD. We all know that to develop a computing device is a tough task and a huge amount of cost is incurred as compared to ordinary hardware wallet.

However, the main purpose of developing this technology is that it is easily accessed to every corner of the world and will be kept at a reasonable price as far as possible.

The company gives a surety that their designed wallet is upgraded and advanced in comparison to other common hardware wallets. It has a different way of working.

The sources have confirmed that the wallet does not have any backup for storing the private password, rather, it has a special technique that is calculated whenever the user types their secret keys.

The wallet owner will have to decide a phrase of fewer than 30 characters. The wallet’s processor will then use an algorithm to generate the wallet. Once the wallet has been created no passed phrase will be stored anywhere in the hardware.

This means that there are no records of the wallet and hence cannot be identified by anyone even not by the wallet owner. The owner must keep this point in mind.

With a purpose to re-access, the wallet the user will have to re-type the same phrase so that the processor can identify the owner and regenerate it.

This clearly depicts that the user can only use it by keeping the keys safely. No data is stored anywhere in the system. This makes it unique and versatile.

At present, the popular hardware wallets are Ledger, Trezor and so on. These wallets are already settled in the market and trying to maintain their standard.

Well, all the assets and currencies will be supported by this newly designed wallet under a single device by typing the secret phrase.

The expert has generated a new hope of cybersecurity for the user. This new paradigm works like magic, hope it stands by his words and will prove its standard and quality in near future.

Related Topics:BitFiJohn McAfee
Up Next