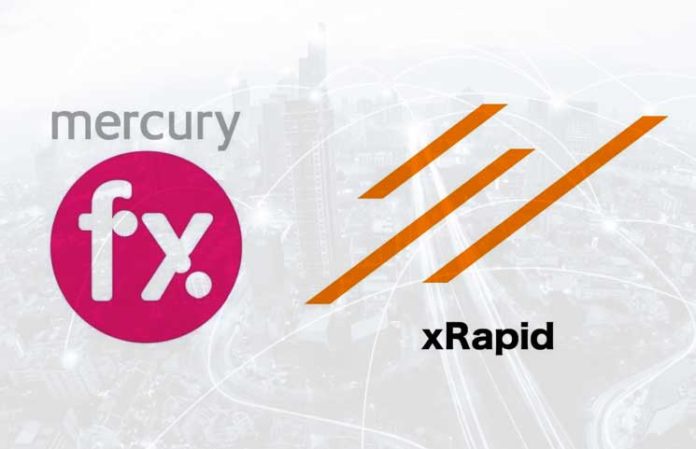 Ripple XRP has been performing enormously and exceptionally good and has been emerging as a major global leader in the cryptocurrency payment system all over the world. While their business has been boosted many times after their Mercury FX completed their first inter-border payment successfully to the Philippines on 5th March this year.

Till now Mercury FX is open to 2 countries for payments, i.e. Mexico and Philippines confirms the company. The technology has been improving regarding the payments, as they have been completed within a few seconds. Mercury FX tweeted about this event –

“Mercury has just made history and completed the first-ever commercial payment using #xRapid to the Philippines… The payment was made for an individual client to pay for his honeymoon at the @edgewaterdive Spa Resort in the Philippines.”

Mercury FX informed the users through social media, that they can now perform payments by opening an account as it now supports 40 currencies, also mentioning that the payment has to be over 5000 Euros to be beneficial and profitable. The founder and CEO of the company Alastair Constance revealed at the Ripple regionals conference about putting up their branches in Canada as well as the Middle East soon.

During the same conference, Alastair said-

“We did our first live commercial payments a couple of weeks ago. So we are now making payments for a UK corporate to Mexico to import Mexican food. And they are moving a lot faster than payments would go through Swift, at a much lower cost…”

Reportedly the banks in the UAE are all set to establish the XRapid Corridors, as said by Mohsen Al Zahrani, VP Strategy & Excellence at Saudi Payments. He also hinted about the two of the banks going live soon.