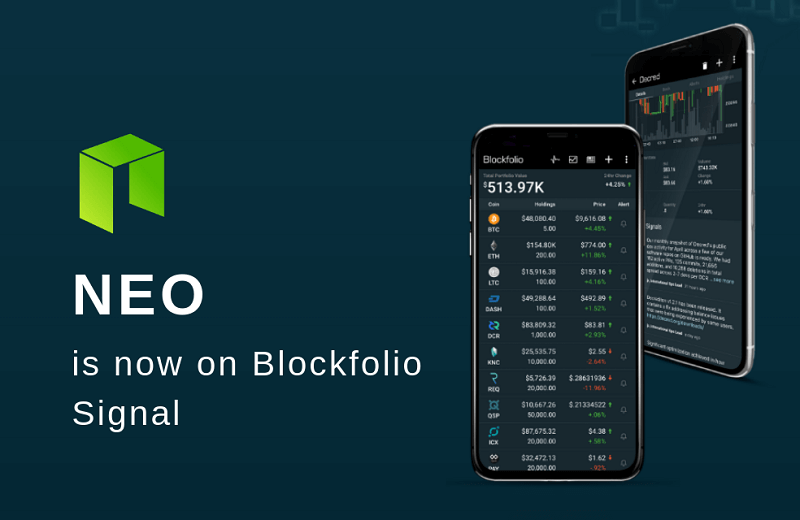 In the recent tweet by the official twitter handle of Blockfolio announces the addition of NEO cryptocurrency. Blockfolio is a Bitcoin and Cryptocurrency Portfolio Management App. You can effortlessly monitor & manage all your Cryptocurrency in one place. 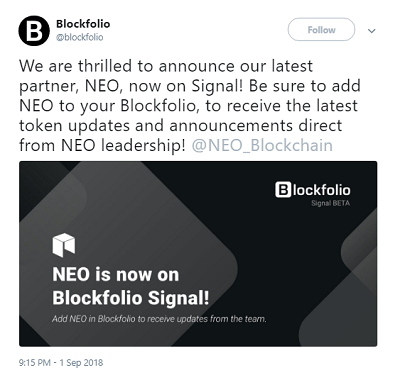 Blockfolio is currently supporting more than 3000 cryptocurrencies and also providing support for them. Now you have the option to add NEO to your Blockfolio, to receive the latest token updates and announcements direct from NEO leadership

The best thing of adding the cryptocurrencies to the portfolio is that you can receive updates directly from crypto teams with Blockfolio Signal.

NEO is currently the 14th largest cryptocurrency by market capitalization is trading at $22.31 USD (+14.08%). The price is as per the Coinmarketcap while writing this article. It is currently in a bullish move with a plus of 14 percent. NEO is a blockchain platform and cryptocurrency designed to build a scalable network of decentralized applications.

Blockfolio team is trying its level best to release the latest upcoming 2.0 version. As per the Blockfolio medium post the company said that their engineers are trying their best to bring the release to perfection. Recently Steemit and Kin were added to the Blockfolio Cryptocurrency portfolio management App.

Blockfolio announced a poll to know from their users that what thing would be added in the upcoming 2.0 version. As a result of this poll and feedback through the support channels, Blockfolio announced that it will be  adding the following features in 2.0:

Although the interesting thing is that 30% of the users that were participated in the poll and feedback said that they want a Surprise.

You can also download the Blockfolio Android App from the Google Play Store and iOS App from the Apple App Store.