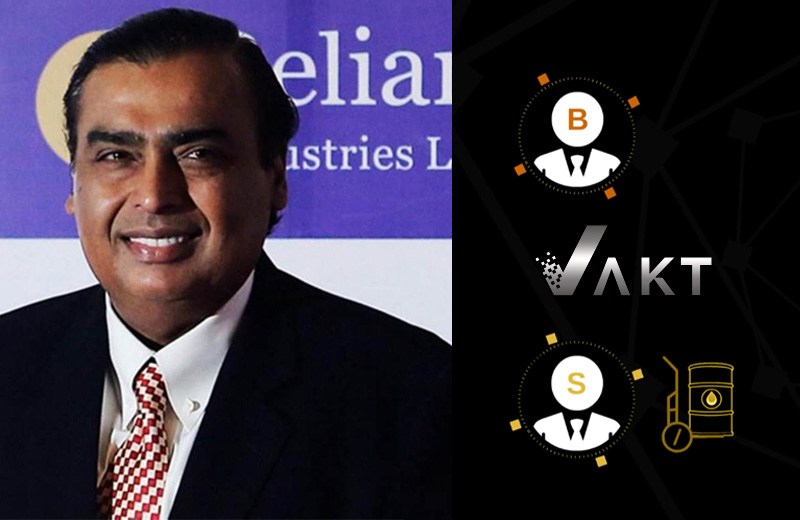 To keep a pace with the latest recent technology world and accelerate its digital journey, Mukesh Ambani, firm Reliance Industries Limited has made its first-ever investment in the Blockchain based technology firm.

The firm has acquired 5.56% in the blockchain startup VAKT Holdings Pvt Ltd for $5 Million. The company revealed that the investment would be going to be used to speed up the company digital ride with the help of active participation in some of the evolving and emerging blockchain based solution for the energy-based markets.

VAKT, which is based out of UK, is claimed to have nine prominent leading energy companies and banks who are using the embracing Blockchain technology, working together to develop and built with an industry-wide solution to age-old problems that we experience most of the time.

The company has an aim to transform the full trade life cycle with the help of using the blockchain; it also promises to eliminate the reconciliation and paper-based processes, create new trade finance opportunities and enhance efficiencies, according to the report which has been revealed.

Reliance as of now has a plan to build a dedicated team for the latest innovative technologies such as the Blockchain, Machine learning, and Artificial Intelligence.

The blockchain is a digital ledger for storing the data. The technology cannot be centralized information without it being copied at any point in time.

Cryptocurrency is also considered to be as one of the most famous and popular applications in the market. Reliance Jio is also in news to reveal its own cryptocurrency that is Jiocoin.

Telangana, UP and Maharashtra State governments have also shown a wide range of interest in using the latest blockchain technology.

Binance donate $100k in the Cryptocurrency to Malta Charity