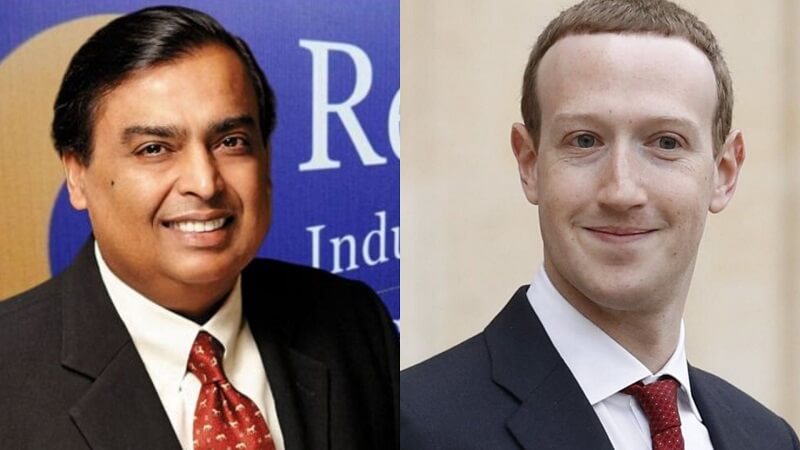 On this deal, Nischal Shetty, the founder of leading cryptocurrency exchange WazirX tweets that this is “clear signs of Crypto emerging as a popular technology in India.”

“Facebook investing $5.7B in Jio is great news for Indian Crypto ecosystem,” he added. As Facebook has Libra and Jio has been working on Blockchain Crypto Technology, so he thinks Libra may become a reality in India.

On talking with Koinalert, Nischal shares his thoughts on why he thinks this deal is a clear sign of Crypto emerging as a popular technology in India. He said, “One of the few large Indian companies that have been involved with Blockchain and Crypto tech has been Reliance. In August 2019, Mr. Mukesh Ambani had spoken about Jio’s involvement with Blockchain technology.

We all are aware of Facebook’s Libra project.

When these two combine, it’s an obvious next step for them to explore Blockchain Crypto-related initiatives in India. Both are highly innovative companies and they’ll not be sitting on the sidelines while the world moves ahead in Crypto”.

Whatsapp has also been trying to crack “payments” in India, there’s a very good chance we’ll see crypto initiatives emerging from this partnership.

Mukesh Ambani, the chairman of Reliance Industries said, “The synergy between Jio and Facebook will help realise Prime Minister Narendra Modi’s ‘Digital India’ with its two ambitious goals – Ease of living and Ease of Doing Business – for every single category of Indian people without exception.”

“In the post-Corona era, I am confident of India’s economic recovery and resurgence in the shortest period of time. The partnership will surely make an important contribution to this transformation,” he added.

“India is home to the largest communities on Facebook and WhatsApp, and a lot of talented entrepreneurs. The country is in the middle of a major digital transformation and organizations like Jio have played a big part in getting hundreds of millions of Indian people and small businesses online,” said Mark Zuckerberg, the Founder and CEO of Facebook.

After this deal, the share price of Reliance Industries surged 10 per cent making Mukesh Ambani the richest person of Asia surpassing Jack Ma.