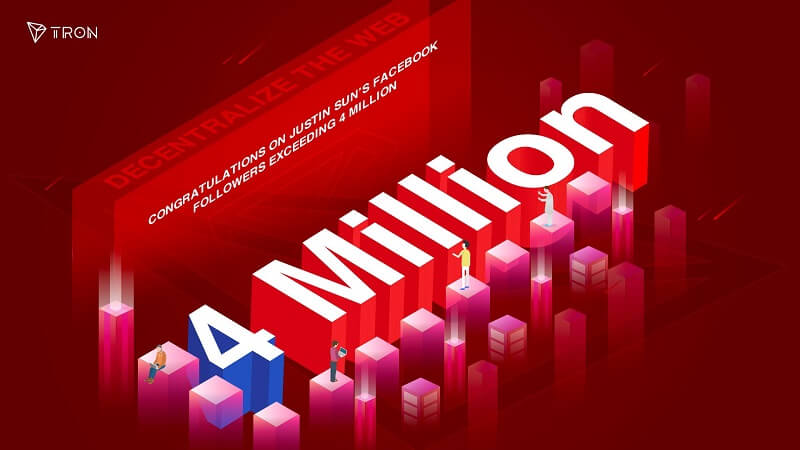 Justin Sun the founder of Tron Foundation which is dedicated to building the infrastructure for a truly decentralized Internet. He is the first Millennial Graduate of Hupan University Founded By Jack Ma From Alibaba Group.

Today Justin Sun’s Facebook followers exceed the 4 Million mark and it’s a great achievement. This show that Justin Sun is gaining popularity among the crypto space.

One of the users on Twitter replied to the tweet ” Wow, it has been 2 million a few weeks ago…Congratulations “

Whatever be the real number of followers I just want to say that this is a great achievement by the Founder of TRON Foundation Justin Sun.