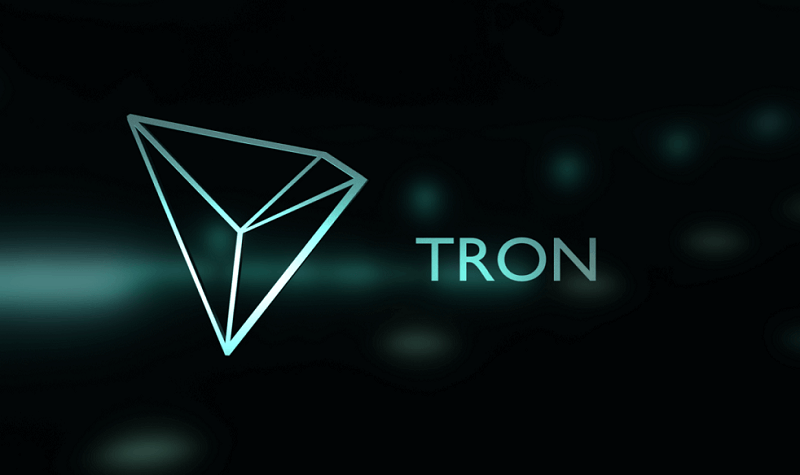 The world’s leading and biggest digital payment platform in the cryptocurrency space, CoinPayments have agreed to embrace Tron (TRX) on its board. Now the total of 2.2 million retailers can trade by using TRX as a payment mode. Justin Sun made this announcement through his Twitter account for his fans and crypto enthusiast.

Let me make you aware that CoinPayment was launched in the year 2013 and became the world’s first payment system to assist altcoin, along with bitcoin. The time CoinPayment got established it has around 2,000,000 employees over 182 nations and delivers transactions for around 600 altcoins. 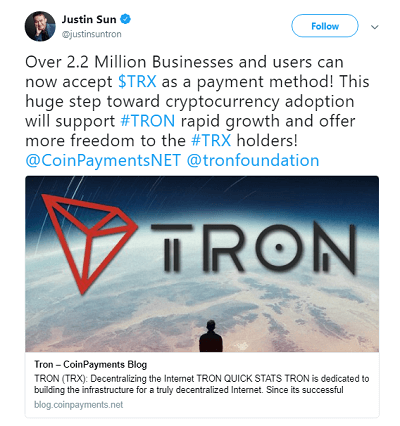 Well, the platform can also feature the conversion of tokens, the fiat settlement as well as a way to store your tokens. Moreover, the platform also consists of the Point of Sale (POS) and the multi-token wallet so that the users can easily store their transactions.

Tron is continuously witnessing rapid growth in its environment and now one more has added to the list. The partnership with CoinPayment will definitely prove to be fruitful in near future.

On the other hand, CoinPayment is also marking its growth in the platform by adding different varieties of digital payments, altcoins, wallet support as well as taking the active support of banks through third-party collaboration.

In addition, the firm also provides services like cold storage, immediate confirmation, multi-signature, reliable processor, a plugin with the intention to integrate the dealers-tools with that of the transaction features. The experts have also promised that soon more features will be added to the platform in the coming months.

The sources confirmed that Tron is planning to introduce its digital tech or virtual machine (VM) on Mainnet by August 30th. This newly developed machine will allow the developers to assimilate the computer system so that more dapps could be launched to spread the network.

The addition of Tron to the CoinPayment will help more and more users to trade on the platform in coming years.