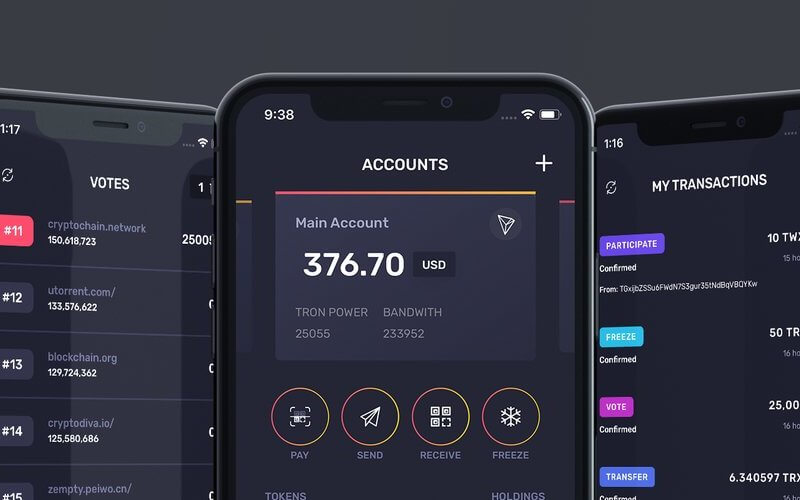 TronWallet has extended its support to over 29+ languages in its iOS and Android app. The content delivery and streaming industry are getting humongous by the day. The content market is predicted to reach $30 billion by the year 2022.

While the whole entertainment industry will reach the market cap of $2 trillion. Independent Content Producers search for distribution channels. And in an industry filled with content centralized platforms acting as middlemen, there are not much.

To solve this, problem, Justin Sun, a former representative of Ripple (China), created Tron. The Tron Foundation uses the structural concept of blockchain’s decentralization, to distribute content. Hence, they leverage the peer-to-peer nature of the network to create trading between creators and consumers directly.

Tron also helps new developers get on board in building decentralized apps by easing the process of adoption of protocols. Thus, as the creators produce and consumers purchase, the value of Tron (TRX) keeps changing.

Just this week, Tron Foundation announced how their wallet, TronWallet, an open-source peer-to-peer cryptocurrency wallet, expanded their market. Furthermore, They’ve added support for more than 29 languages, to ease local users, and regional content is easily available and accessible to those users.

Justin Sun has got Tron, wonderful backing, from influential names in China and the crypto community, like Jihan Wu. Likewise, the Tron (TRX) token is executed on their network. Furthermore, providing developers with its virtual machine, it has already got many Dapps built on its framework.