TransferWise a fintech company based in Europe dominating the market by transferring the money with cheap fee and shorter verification period since a long time. Revolut surpassed TransferWise this month after integrating cryptocurrencies in its platform and become a $1.7 billion and now taking lead in the market. 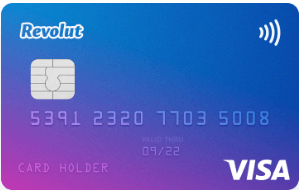 She said “Certainly Nasdaq would consider becoming a crypto exchange over time. If we do look at it and say ‘it’s time, people are ready for a more regulated market,’ for something that provides a fair experience for investors. I believe that digital currencies will continue to persist it’s just a matter of how long it will take for that space to mature. Once you look at it and say, ‘do we want to provide a regulated market for this?’ Certainly, Nasdaq would consider it.”

At present the market is of nearly $400 billion which relatively small but if we see the pace through which market is growing is incredible and now giving tough competitions to banks too. Binance biggest cryptocurrency exchange surpassed the profit Deutsche bank, Germany’s largest financial institution. Cryptocurrency centered startups giving competition directly to banks and institutions giving financial services. The primary reason for this is the manifold increase in buyers of cryptocurrencies.

If we compare TransferWise and Revolut a year ago then there will be no logic you find it because Revolut based in London was valued less than a billion and user base is also very less compare to TransferWise but in late 2017 company made some transforms and integrated cryptocurrencies like Bitcoin for its users and find a surge in the business and profit later company also added a debit card related to Cryptocurrency for purchase.

A 70 percent surge has been seen In the company’s user base and now company’s value is around $1.7 billion compared to TransferWise which is valued $1.6 billion and all this happen after integrating cryptocurrencies to its platform.

Apart from Coinbase, Revolut remains as the only bank-like network in Europe that allows users to spend, store, send, and receive payments from both bank accounts and cryptocurrencies.