It seems that Ripple [XRP] is in another massive bullish move today as the price skyrocket more than 38% percent within minutes. It was also on a bullish move on 20th September as we predict in our previous post. Its seems Ripple XRP is on its way to the MOON.

The price of Ripple XRP is increasing these days, the reason behind this bullish move may be the recent announcement that top ten US banks are going to join RippleNet for Cross-border payments. Also, there is news that one of the major retail Saudi Bank joins the Ripple network for International payments.

Also, one of the world’s most renowned digital asset platform, OKCoin has listed over 5 cryptocurrency token for exchange on its platform. The cryptocurrencies include 0x (ZRX), XRP, Cardano (ADA), Stellar (XLM) and Zcash (ZEC). 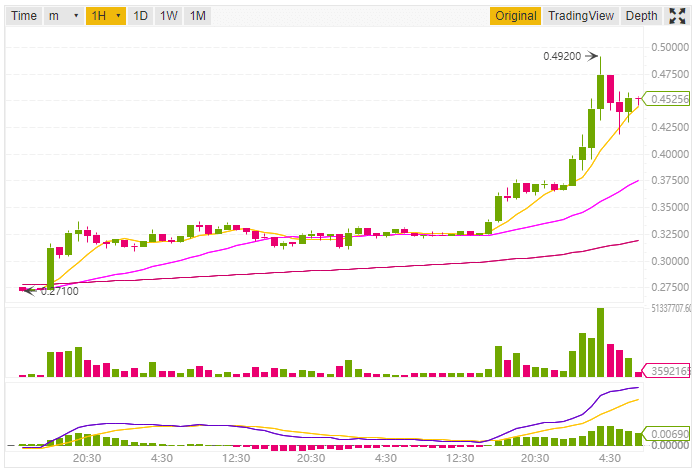 Data As Per Binance

As we see Ripple XRP is still below 200 day EMA and SMA, but due to its massive bullish move, it seems that it will break 200-day EMA & SMA within hours.

Data As Per TradingView

This article should not be considered as an investment advice. Please conduct your own research before investing in any cryptocurrency.

Related Topics:RippleXRPXRP Price Analysis
Up Next