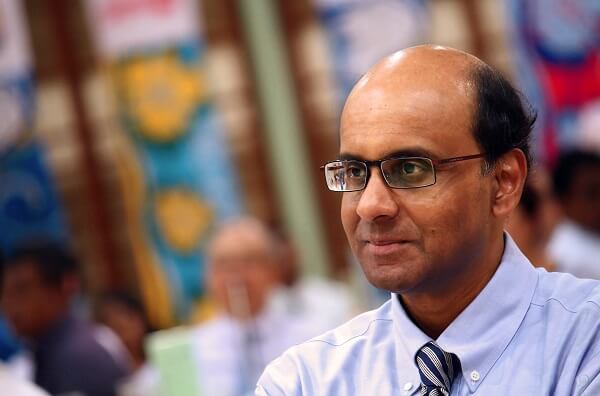 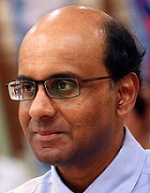 Finally some good news on the Asian front. So last month was all about the Chinese delusional repression of cryptocurrency miners alongside the South Korean frenzy upstarted by international arbitrage trading which ended in market manipulation by bureaucrats.

This month was also bad given the hack on the Japanese exchange and now we are on the verge of total collapse in China where even the crypto related websites are targeted by the Chinese government and are forced to shut down. So one can’t even inquire about the cryptocurrencies in mainland China. Gotta hand it to them. They make Orwellian nightmare look like a fuckin Kumbaya.

So inside all this madness on Asian front, Singapore is emerging with some positive vibes. Gotta tell you, folks. The force is strong with this one. Tharman Shanmugaratnam, Deputy PM of the island nation sitting on the mouth of the Gulf of Malacca and the most successful financial center of Asian economics recently talked about the possibility of the crypto ban especially Bitcoin and his responses were very encouraging indeed.

He asserted that the cryptocurrencies are still in their experimental phase and it is not clear if all of them are gonna succeed. He continued that even if some of them succeed there is a high probability that there real impact and full implications will not be known for some time. This answer came in a Parliamentary discussion where a member probed him on the possibility of banning Bitcoins. [1]

He further said, “The Monetary Authority of Singapore (MAS) has been closely studying these developments and the potential risks they pose. As of now, there is no strong case to ban cryptocurrency trading here.”

It is to be noted that MAS has already issued a warning to investors regarding the risks associated with ICOs and advised them not to go in with their assets. But there is no wider plan hatched within the ministries to ban the crypto rush altogether. [2]

As Master Yoda says, “You will know (the good from the bad) when you are calm, at peace”. I don’t know about you but right now I can do with some peace.

May the force be with you!

Gamers in the Philanthropic loop: Helping Syrian Kids through Ethereum