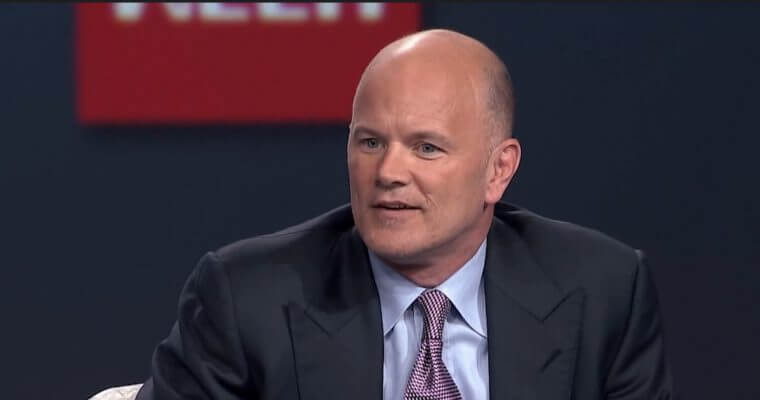 A billionaire investor and former Goldman Sachs and fortress trader, Mike Novogratz told that the cryptocurrency market is moving to the $ 20 trillion regions at the Bloomberg Invest Summit.

Criticism about the uncertainty regarding the volatility of cryptocurrency market and bubble like the trend of Bitcoin in January 2018 was discussed during the interview of Schatzker. Novogratz said Ethereum, and other cryptocurrencies are considered as a bubble, it can be described as the 1996 dot com bubble which occurred prior to 1999 bubble that gave birth to dot com bubble to reach a valuation of $6 trillion before it valued $1 trillion. Novogratz told that cryptocurrency market will bounce back from its major correction in mid-2018 and surpass previous all-time highs to $20 trillion.

“[Cryptocurrency] is a global revolution. The internet bubble was only a US thing. It was rich US people participating. [Cryptocurrency] is global. There are kids in Bangladesh buying coins. It is monstrous in Tokyo, in South Korea, in China, in India, and in Russia. We’ve got a global market and a global mania. This will feel like a bubble when we’re at $20 trillion,” said Novogratz.

Novogratz has a positive approach towards Crypto market and an active investor in the same. He evaluates the cryptocurrency along the real-time indicators and statistics. In the positive line, he said that there is a chance for increased demand from institutional investors but actual investments from institutions haven’t really happened yet.

“It won’t go there ($20 trillion) right away. What is going to happen is, one of these intrepid pension funds, somebody who is a market leader, is going to say, you know what? We’ve got custody, Goldman Sachs is involved, Bloomberg has an index I can track my performance against, and they’re going to buy. And all of the sudden, the second guy buys. The same FOMO that you saw in retail [will be demonstrated by institutional investors],” explained Novogratz.

Fidelity Exchange is entering the Crypto through cryptocurrency Exchange

Aradhana Singh is an Intern at Koinalert. She does not hold value in any cryptocurrencies currently.