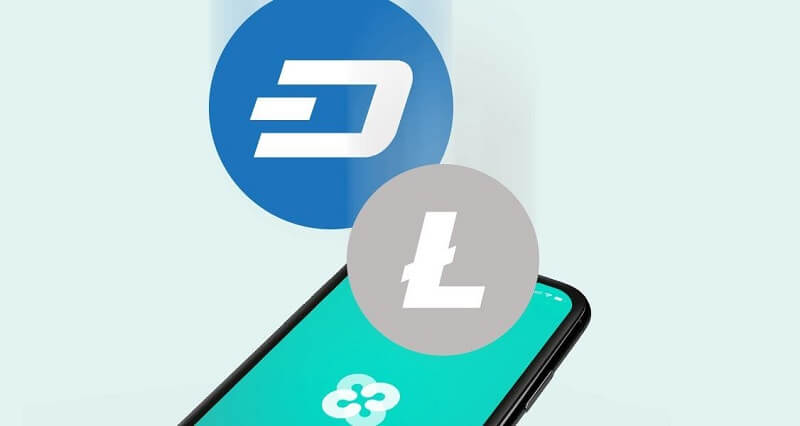 We have big news to make you update with the latest news in the cryptocurrency world. The sources have unveiled that in order to upgrade Ethos Universal Wallet two leading coins namely the Litecoin [LTC] and Dash [DASH] of the crypto space is being highly evaluated so that it can be listed on the wallet as soon as possible.

These two coins are being tested internally so that it can be utilized for the trading purpose. The platform is trying to bring Litecoin and Dash together within the communities.

The sources have unveiled that almost 95% of the verification of the coin has been completed and the rest 5% is on the way for beta testing. This actually means that the platform is really excited to add these two innovative coins immediately.

The Ethos wallet is a kind of universal wallet that will allow its users to govern their digital assets from one point. It features detailed information by giving an overview of the customer’s funds. The Ethos wallet has been working to develop a proper system for trading and Netherlands was the first nation to accept this wallet.

Coming to Litecoin is a global payment network featuring the decentralized networks and sometimes acts as a brother for Bitcoin. LTC has the tendency to solve the technical issues and behave as an alternative source of Bitcoin. It can be said that if Bitcoin is “Digital Gold” then for sure Litecoin is “Digital Silver”.

In addition, LTC also has the capacity of Lightning Network that activates the networks for making it work smoothly. This feature of LTC has been adopted by other traditional coins so that they can also expand their network overall and figure out the scaling problems.

Let’s now talk about DASH, as mentioned above more than half of the verification process has been done and now the beta testing is on move. Dash is basically digital cash for making the online instant payments by using the secure open source network.

Moreover, Dash delivers many services which include self-funding, self-governing and many related services with a protocol that intends to develop and raise funds for the projects directly by using the network.

The interesting point is that it has been continuously expanding its payment infrastructure all over the world and hopefully one more has been added to the list.

Apart from all these, it has been stated that Ethos has also developed Dev Dashboard that enables you to trace the progress of the platform’s coin integration. This means that you can keep yourself updated with all the activities of Ethos going behind the scenes.

Furthermore, the team has planned to introduce a People-Powered feedback event for the user as well as for the investor of the Ethos community, so that the platform can come up with more innovative suggestions and whether which all tokens should be integrated into next phase.