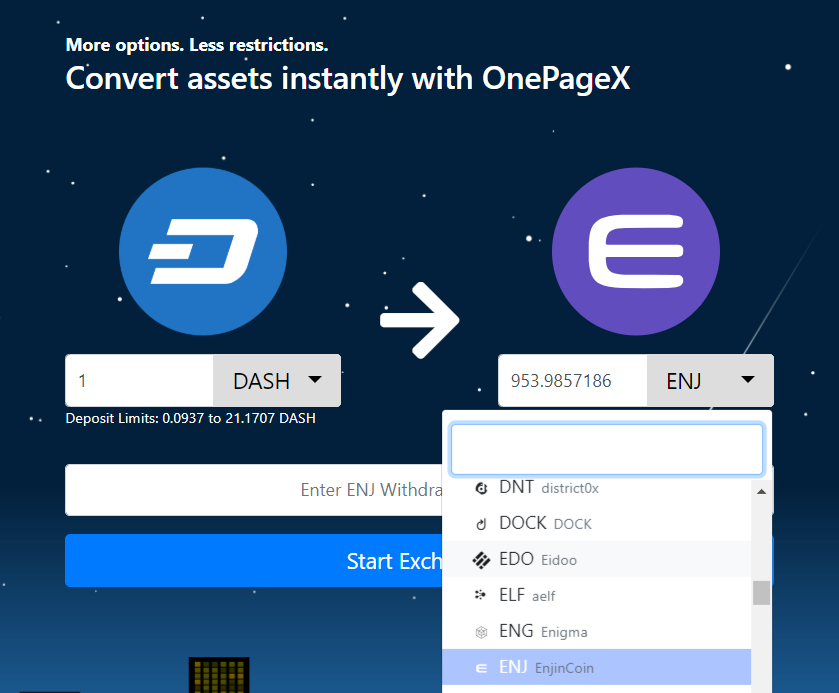 DASH formerly known as Darkcoin until 2015, has now been officially and fully integrated into onepageX . The news was announced from DASH’s twitter handle at late midnight. Giving this news the team tweeted –

This company allows you to remain anonymous while transacting, and also provides a feature named InstantX. Instantx feature gives 1 second of transaction speed, while also being a deflationary currency. And considering its growth and circulation in the market, it takes 15th position in the Crypto market all over the world.

While Onepagex being a company that facilitates major currency conversions at best rates in the market. DASH was a major missing in the firm which was only used as an output currency, which sooner or later was realized by the Onepagex team. In their Reddit handle, Onepagex said –

We made Dash one of our priorities when adding new assets on OnePageX.com as it has a strong community and a lot of continuous development. We hope to integrate ourselves deeper into this community and be a part of the future! We have had DASH as an output currency for a while. Today we have added DASH as an input asset on OnePageX.com! That means that DASH can now be instantly converted between over 140 cryptocurrencies!

As we can see in all of their comments, they have been focusing on the growing market that DASH has developed. And realizing the potential the currency has, it can be seen as a rightful decision taken by them!

Is Facebook really planning for launching its own Cryptocurrency in 2019?