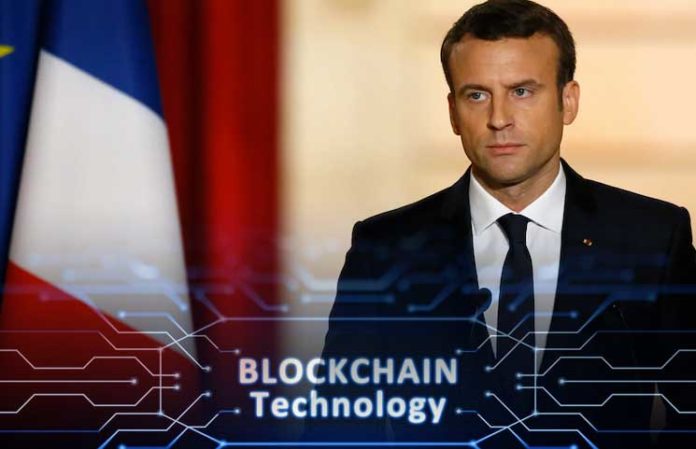 In some years we have noticed the ultimate growth of the Blockchain related technologies and the undiscovered potential of the crypto markets. Many tech experts have been seen talking about the possible ways that can boost up the economic gateways of the world. We have seen intellects supporting the digital assets but now it has happened something really unusual.

The latest and one of the major person in history to talk about this is the French President Emmanuel Macron. He emphasized the use of Blockchain technology in the agriculture and food industry. How it can be used to boost up the agriculture industry and also dragged out attention towards the concerns related to the food industry. The President stated –

“Let’s do this in Europe, [be at the] the vanguard of agricultural data by developing tools that will track every product from raw material production to packaging and processing.”

At the 56th International fair in Paris, Macron discussed the need to track the commodities so that it does not lead to forgery and corruption.

Macron also mentioned that Blockchain technology should also be inculcated in other Industries. So, other industries are also able to enjoy the benefits of this technology. He also said –

“The innovation is there and it must be used in the agricultural world as doing so would both bring shared excellence and offer benefits to consumers.”

He also advised the other European members to make more and more use of this tech because of the utmost potential it has currently in the market. Through this move and also in other times, it has been evident that France has not always been against Blockchain technology. It is also evident from the development going on among the P-5 nations.

“Cryptocurrencies and blockchain technology for charitable purposes offer a new opportunity to appeal to the generosity of the public and continue to develop our actions with children in our country of intervention.”

Related Topics:BLOCKCHAINEmmanuel Marcon
Up Next

ENJI’s partnership with Samsung, kickstart the currency by 70%