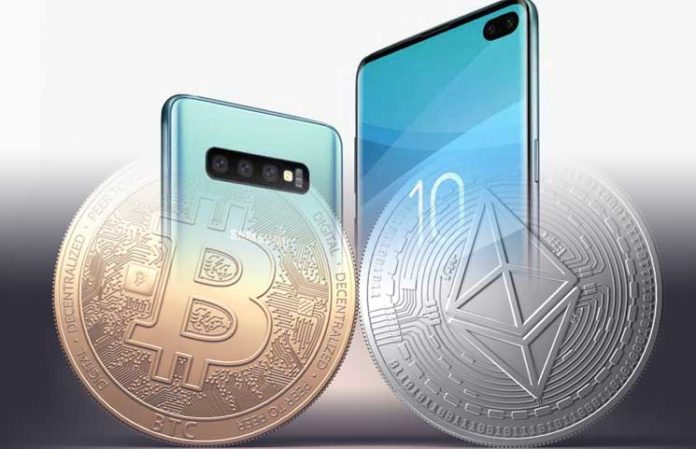 Recent news has crashed the Crypto news like a champ. As we know that Samsung’s new flagship phone Galaxy S10 has included the Crypto wallet feature that was trending news. As per their announcement ENJ, a gaming cryptocurrency is also supported in this new flagship phone. And just after some days, new recent news crashed that Gaming cryptocurrency Enjin Coin (ENJ) stocks are up by 70 percent after the company confirmed a partnership with South Korean technology giant Samsung.

In the end days of February, Samsung revealed S10 at the MWC conference in Barcelona. Samsung announced support for Enjin coin which as an Ethereum based currency especially for gamers. It is also announced the support for contactless payments using cryptocurrency.

Because of the outstanding feature of Samsung, it has not only drawn lots of eyes for its phone, but also the ENJ currency came into the limelight too. The ENJ currency drew many of invertor’s attention after its partnership with Samsung.

According to the stats it has been assuming that the is flagship phone of Samsung is all set to reach approx. of 45 million users, this year. During the conference in Barcelona, Samsung showcased its offline cold wallet and in between the ENJIN’s logo was also shown. Since, that time many speculations have been made that the ENJIN wallet may be integrated in the phone, which eventually came out to be true.

ENJ is a cryptocurrency for gaming products or non-real life products that can be traded or sold by using this currency. This platform has the potential to create entirely an in gaming environment for trading and business. It uses the ERC-1155 token which is based on the Ethernum Blockchain.

The Enjin Wallet is purportedly one of the simplest and most secure mobile cryptocurrency wallets to date, supporting Bitcoin (BTC), Ethereum (ETH), Litecoin (LTC), and ERC-20, ERC-721, and ERC-1155 Tokens. The latter tokens are an asset class used to purchase and sell digital items in video games, establishing digital ownership.