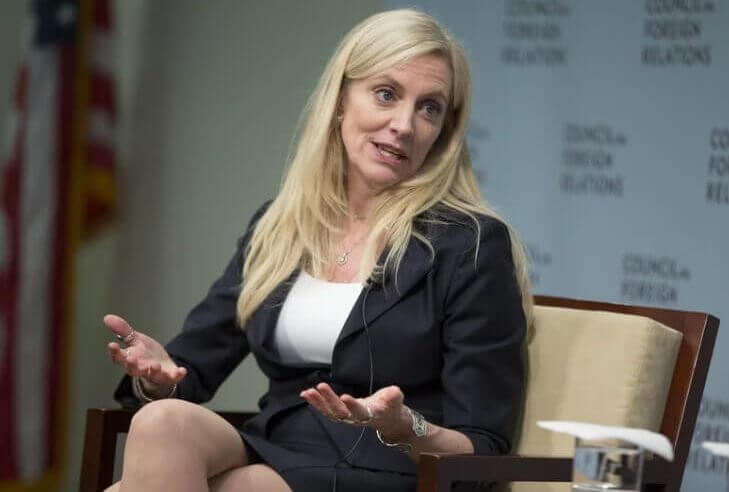 The Federal Reserve of the United States is keeping a close eye on the developments in the crypto market. But unlike the enthusiasms from Silicon Valley or certain sectors of the Wall Street, they are much more relaxed, surprisingly nuanced and a bit skeptic. None of those qualities are bad.

Lael Brainard, a governor of the Federal Reserve spoke during a San Francisco summit today.

She explicitly denied that the government was going to introduce its own digital currency backed by US government and its financial branches. She called these rumors and baseless.

She was extremely confident that the anarchic financial innovations in the crypto industry hold no significant threat to American financial stability. The level of operation of the American system is too broad to be influenced by the crypto phenomenon, she said.

She seemed in line with the incoming Fed Chair Jerome Powell, who also claimed similar lines regarding crypto assets. He is currently awaiting his confirmation regarding his nomination for the influential post.

Brainard was very prophetic regarding the chance of the smaller altcoins. She explicitly claimed that they might not be able to withstand the pressure from the regulatory agencies in the future.

She was ready to recognize the potential of the crypto technologies in solving problems of modern finances.

Especially, digital tokens for wholesale payments and certain aspects of distributed ledger technology may hold promise for the traditional financial instruments and market.

She hoped in her presentation that financial sector will find valuable ways to employ distributed ledger technology in areas of payment, clearing, and settlement in coming years.

We have already reported that James Bullard, who is the chief of St. Louis Federal reserve attended the Consensus conference in New York City this week.

He was critical of certain aspects of the crypto assets but demonstrated that Federal Reserve is watching these developments closely.

Apple’s Steve Wozniak, “Blockchain is Next IT Revolution”