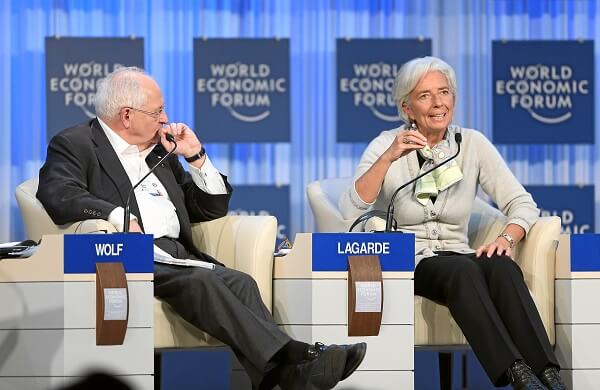 In an interview with CNNMoney on Feb. 11. Christine Lagarde, head of the International Monetary Fund, has stated that international regulatory action on cryptocurrencies is “inevitable.”

“We are actively engaging in anti-money laundering and countering the financing of terrorism. And that reinforces our determination to work in those two directions.”

Lagarde, who is the managing director of the international organization that aims to foster global financial stability, said that the IMF’s concerns over cryptocurrencies stem largely from their potential use in illicit financial activities.

Lagarde’s statement can be seen as the IMF is going to take actions to curb the illicit use of cryptocurrencies.

IMF chief also explained that the regulatory direction should be activity-based, focusing on “who is doing what, and whether they’re properly licensed and supervised.”

She is not alone in voicing concerns over the use of cryptocurrency in cross-border financial crimes. China had already banned it, South Korea’s move to first ban it and later to make regulations then Indian government also not taking it as a legal tender were recently in news.  Lagarde has previously cautioned that cryptocurrencies should be taken seriously and called for global cooperation among worldwide regulators on multiple occasions.

According to a report during world economic forum meeting in Davos in January, many big leaders were concerned over this issue including the U.K. Prime Minister Theresa May, French President Emmanuel Macron and the secretary of the U.S. Treasury Department Steven Mnuchin.

Mainstreaming the Crypto: Donations for US Senate