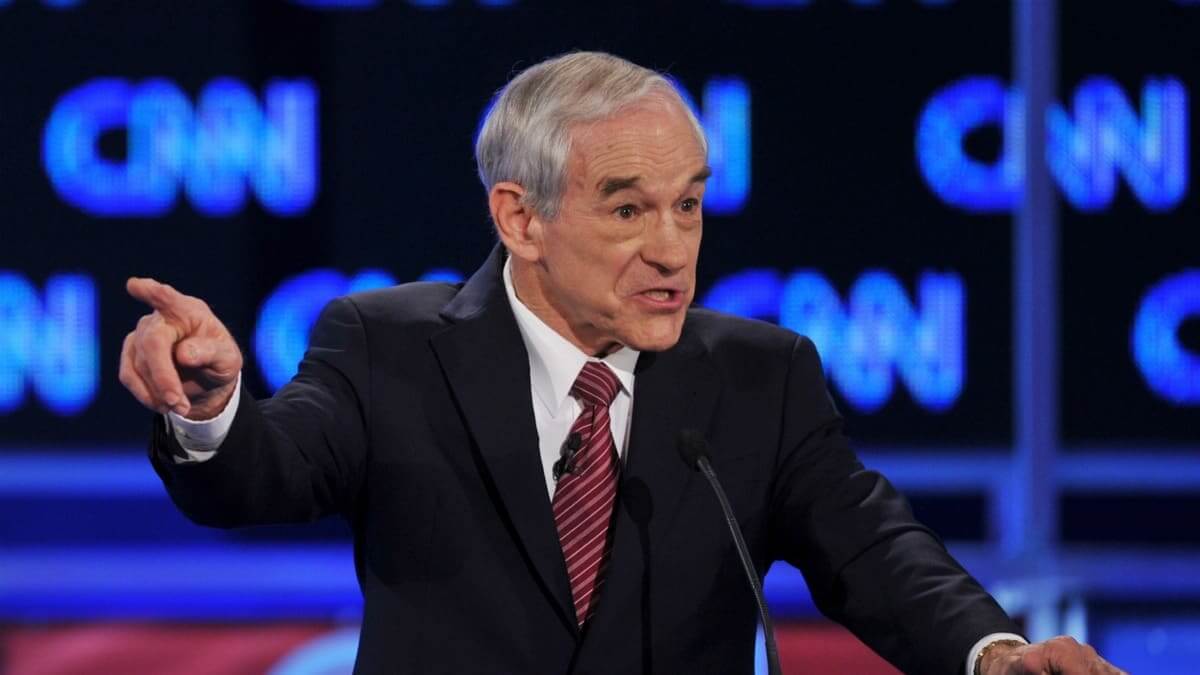 Ron Paul is known for being the voice of libertarianism in the United States for more than four decades. Even now he is a Distinguished Counselor to the Ludwig von Mises Institute. He, in a recent article, argued for the legalization of competition to US dollar.

As of now, it is clear that the Republican tax cuts are going to contribute to the explosion of fiscal stability. Even Rand Paul, his son and Senator from Kentucky agreed that much despite his vote for the bill.

US Dollar and Nixon Shock

Paul problematizes the conception of the free market and believes that certain individuals along with people in power have corrupted the market’s ability to self-correct the faults of centralized planning. Paul believes the market will prevail in the long run but the manipulation of the centralized authorities will create bubbles that will burst.

The problem is that the government in the US wants to believe people that dollar is still strong. They don’t consider the total number of dollars in circulation. The Nixon shock was one of those things which hollowed the basis of the global economy.  US dollar itself is in the bubble. When that bubble will burst, the United States despite being the strongest economy will suffer like Venezuela. This is what centralized economy does.

He was also attacking politicians for blaming other for the debt crisis in the US. The real problem is the monetary mismanagement by the government. He also pointed to the inefficacy of the Gross Domestic Product (GDP) and Consumer Price index to correctly diagnose the economic realities.

The problem of the US economic system is acute. The debt is whopping given the massive spending on welfare which accounts for almost 80% of the total spending. The military spending of the United States is also staggering and according to Paul quite useless. In order to correct the already worsening situation, there is a need for alternative monetary systems.

There are current debates that argue for adoption of cryptocurrencies or going back to the gold standard. As now even other countries are challenging the status of the dollar as global reserve. Paul believes that people opposing the Blockchain and crypto are also against a non-governmental means of solving the problem.

And governmental means almost never works by default. Fiat Dollar is institutionalized by the American government and hence mismanagement comes with the package. The centralization lures excessive government spending and thus lobbyists who want to exploit the system to promote special interests. Thus the system guarantees the unfairness in its distribution.

The fall of the dollar is already creating a vacuum and there is a need to see if the Blockchain technology can deliver. The real competition is going to be between cryptocurrencies and precious metals. Mr. Paul believes that both should co-exist

The only issue that Paul see is the need to offer the currency with a specific definition of the unit of account which can’t be arbitrary. But that problem can be sorted out. The current policymakers should combine the thousands of years of knowledge on cryptocurrencies and apply it to today’s technology.

Everybody realizes that the debt system can’t continue and will create negative outcomes. Paul had some measures to stop the impending doom.

Spain and cryptocurrency regulations: Will they, wont they?

How can Blockchain transform social media?