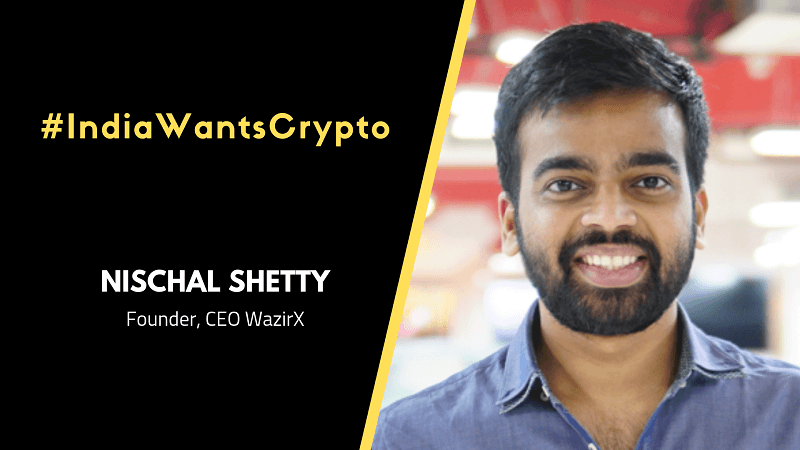 If you’re an active member in the crypto verse, you know that developing countries are coming to terms with cryptocurrencies. Even a country in the hands of utter chaos, Venezuela is making use of their native cryptocurrency Petro.

You might also be aware of the situation India currently is in, when it comes to crypto currency regulation. The central bank, Reserve Bank of India (RBI), is opposing to recognise crypto currencies under the current legal financial regulations.

They have been giving second thoughts to this decision, as reported in the past few weeks. Long before that, a social media campaign has been going around to appease the government into understanding the positive implication of bringing cryptocurrencies to India.

This is the journey of the “India Wants Crypto” campaign active on Twitter, and Nischal Shetty, the founder of the campaign. This friday, the campaign completes about 100 days of active interaction, since its inception.

Bitcoin was celebrating the 10th anniversary of its whitepaper release, by Satoshi Nakamoto. The market was exuberant about crypto currencies. Crypto exchanges were experiencing an increase in their trading volume. The crypto scenario in India was growing too. But, the RBI’s ban on crypto currency didn’t allow a lot of aspects of the cryptoverse to expand in India. That is when, Nischal Shetty decided that he will be raising his voice on behalf of the thousands of crypto users in India.

With the hashtags #IndiaWantsCrypto and #ISupportCrypto, he has been garnering support from fellow crypto currency users in India, and mentioning lawmakers. Moreover, he is urging them to make laws to allow the development and expansion of the crypto verse in India.

Nischal Shetty is the Founder and the Chief Executive Officer of WazirX, an Indian crypto currency exchange platform. Furthermore, the campaign is growing strong by the day, as he shared the statistics of the same.

An official answer or response from the government is eagerly awaited by everyone who supports the campaign. Furthermore, everyone wants the government of the country to help in the growth of this sector.

A Dream of Stability: Why Are Cryptocurrencies So Volatile?