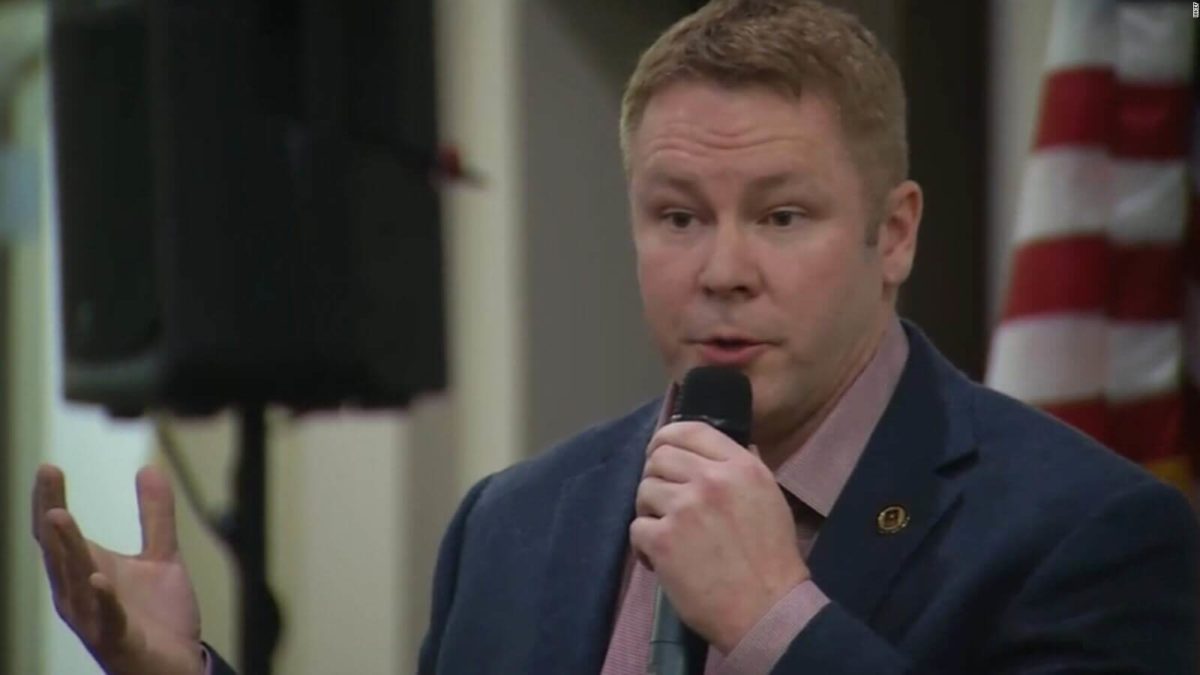 The United States Congress seems to be waking up in order to face the regulatory challenges created by cryptocurrencies. Given the work record and problem-solving capabilities of the Congress in the recent years, one must not feel very enthusiastic. US Congress has the lowest ratings when it comes to citizens trust I the institutions. It is almost 12% according to recent polls.

However, they are trying to address a very major challenge. This week US Rep. Warren Davidson of the Ohio state call for a light touch when it comes to the regulatory framework for the Initial Coin Offerings (ICOs). His opinion matter due to his seat on the influential House Financial Service Committee on the House of Representative.

He said, “We want to make sure that the United States’ capital markets stay strong and vibrant, and one of the ways to do that provides regulatory certainty” in his CNBC interview. The congressman was musing on the state of the Initial Coin Offerings (ICOs) in the United States.

He implied that the governmental agencies and officials are closely working with the individuals and organizations across crypto industries in order to figure out the brass tacks of regulatory frameworks. The regulators are trying to come up with the ideal ICO regulations.

He said the innovations must be protected and encouraged. But there is also the issue of consumer protection. This is a tango which should allow the benefits of Distributed Ledgers to reach the common populace in a positive way. Mr. Davidson was concerned with the fraudulent cases and emphasized that the consumer protection is the main concern here.

He further commented, “There has been fraud in the markets, we have to protect consumers. Right now there’s a concern that there’s regulatory arbitrage going on, where launching an initial public offering is more complicated and expensive and essentially companies are doing white papers instead of securities offerings, and they are essentially selling securities.”

Congressmen alluded to the Swiss framework in place which has provided a regulatory certainty for the ICOs. He wants the United States to have something akin of the Swiss. But given the scale and complexities of the US economy, Swiss model might or might not work. Henceforth, the Congress has a Herculean task in front of them to keep up with a market which they have little understanding of right now.

Mr. Davidson argued that United States issue with the regulation is that it is very incoherent. They are not regulation even. At the very best, they are just disparate patchwork of court rulings that don’t fit any narrative.

He further said that the US wants to benefit from the Blockchain but consumer protection must be heeded first. He quipped, “Blockchain is truly transformative, perhaps in a way the Internet was, in terms of how the distributed ledger can be applied to a broad range of technologies.”

His further comments were cautionary, “And so that’s why you don’t really know when somebody does an initial coin offering whether they’re really launching this great distributed ledger project that is going to be a security or if it looks a little different, like Ether and Bitcoin have been determined to be, essentially commodities.”

Congressmen also addressed the problem of the money laundering. He alluded to the fact that the Bitcoin and other cryptocurrencies are traceable as was proven in recent cases. These cases put the issue of privacy in cryptocurrencies up front.

He was very open when asked about his thoughts on the recent SEC’s decision to not treat Ethereum as security. He said that the problem of designating crypto as security or commodity is still very much there. However, the SEC guidelines might provide a way for the future regulatory framework.

East Asia: The State of Crypto and ICO Regulation in China, Japan and Korea

Privacy vs. Transparency: US Secret Service go after Monero and Zcash