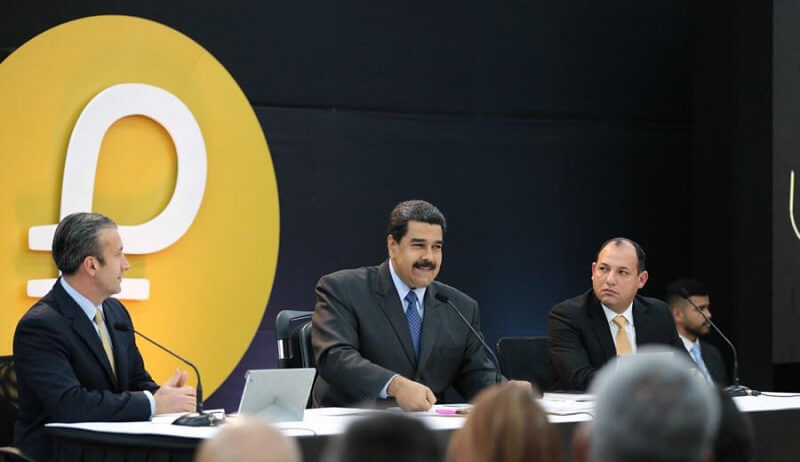 The US Dollar’s powerful status has given America a poignant position of being the Alpha in the global financial geopolitics. One among the many consequences of World Wars is financial trades being conducted in USD.

In an attempt to break such sheer dependence on the USD, Russia and China decided to remove it out of the equation only to end up in a pile of complexities regarding the development of a new alternative currency to the USD.

Another case is that of Venezuela’s and Russia’s, which were negotiating over abandoning the USD for their bilateral trades and are now discussing the possibility of using Venezuela’s state-backed cryptocurrency known, Petro.

Petro was released in 2018 and is now being backed oils and mineral resources in the country, such as gold and diamonds. Its release was intended to serve as a substitute for the failing bolivar currency which has been eroded by hyperinflation. But upon its launch, it was met by a lot of criticisms.

US President Donald Trump prohibited American citizens to not invest in Petro. Venezuela’s opposition party claimed that the Petro is illegal and would not recognize it because it was issued by a government in a time of crisis, and out of desperation. The US Treasury Department described the Petro as a failed project attempted to help Venezuela avoid U.S. financial sanctions.

Initially, the trade between the countries was planned to be conducted in Russian ruble. In the last few months, the country’s inflation has soared to 10 million per cent this year, according to predictions by the International Monetary Fund (IMF).

Ambassador of Venezuela, Valero said his country is counting on Russia to restructure its foreign debt which was estimated to be in the region of around $140 billion. A sanction of such importance being conducted in cryptocurrency would really up to the success of the crypto market in global trades.

Though shifting to cryptocurrencies for financial trades will affect the global power base of the USD, a lot of countries are breaking the long-established stereotypes to set foot in the crypto market and hoping to eventually benefit in the long run.

India: Bitcoin [BTC] trader hangs himself over harassment by Cop