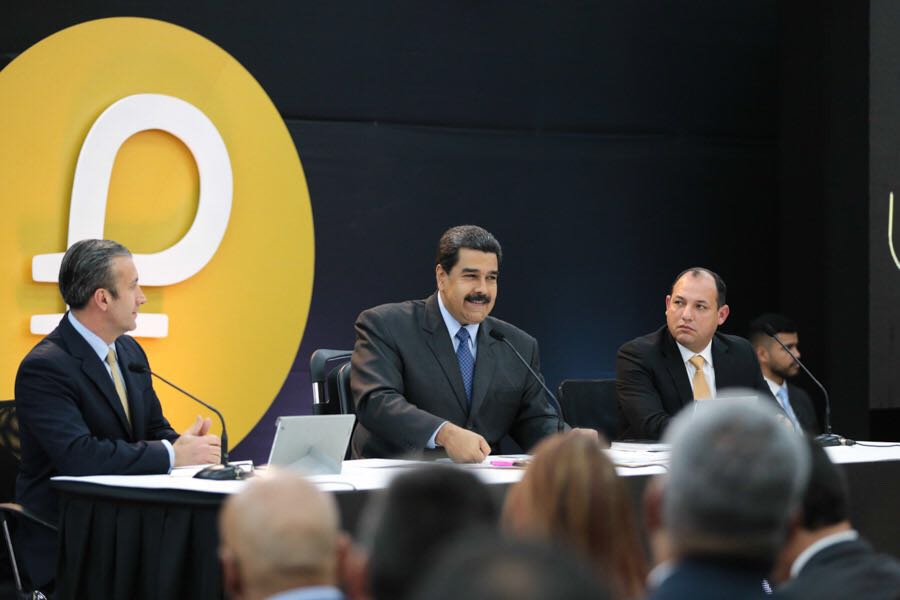 Venezuela’s President, Nicolas Maduro officially announced that they are all set to land its new fiat currency pegged in next month for its oil-backed “petro” cryptocurrency.

Maduro further stated that ‘the Bolivar Soberano’ meaning Sovereign Bolivar a new fiat currency is going to take away five zeroes from the prevailing fiat currency. It will be introduced on 20th August for economic circulation and also for issuing the new Sovereign Bolivar. This different monetary cone will definitely bring a new process to harbor the “petro”.

Venezuela is facing issues as its economy has been gradually declining because of oil price cash after 2014. This has left the economy of the country to collapse bit by bit and because of this, they are impotent to keep pace with heavy subsidies. The annual inflation surfaced to 46,000% in June.

Looking at the condition of the country the International Monetary Fund (IMF), reported that soon the country will position its financial crisis on par along with Germany and Zimbabwe in 1920 and 2000 respectively.

Maduro’s expectation is very high from Bolivar Soberano and is hoping that this will surely help the country to stabilize the financial position of the country in an expected manner.

The Venezuelan government points to finger for its prevailing condition on Washington because of an economic war between the duo. The U.S. government forced sections on the nation. Moreover, U.S. President Donald Trump restricted the country citizen and the residents as well, not to invest in petro.

The smart move taken by Trump for Venezuela showed free publicity and as a result, more people started investing. Opposition and critics started blaming the government that oil-backed cryptocurrency faced weak credibility and the government is not able to regulate Bolivar in an expected manner.

Some institutes also claimed it to be a ‘undermines legitimate cryptocurrencies, Century-oil thinks tank Bookings Institute is one of them.

In the month of April, Venezuela has stated that the effect of petrol will be seen in three to six months and looking at the present scenario it claims that “it will end up being consolidated technologically and financially.”

Maduro further added that the government know what is better for the country and has the appropriate formulated policies for upgrading the economic position of the country.

However, the position of the country is deteriorating in such a manner that the people are struggling even for basic facilities like food and health care. The minimum wage of the country has declined to $1 in a month. The life has become so miserable that 400kgs of food worth $208 was bought for 90.1 NANO by the Venezuelan Redditor.

It is better to pray for the Venezuelan people because their conditions are deteriorating day by day. So let’s just hope that this strategy of government proves to be a better one.