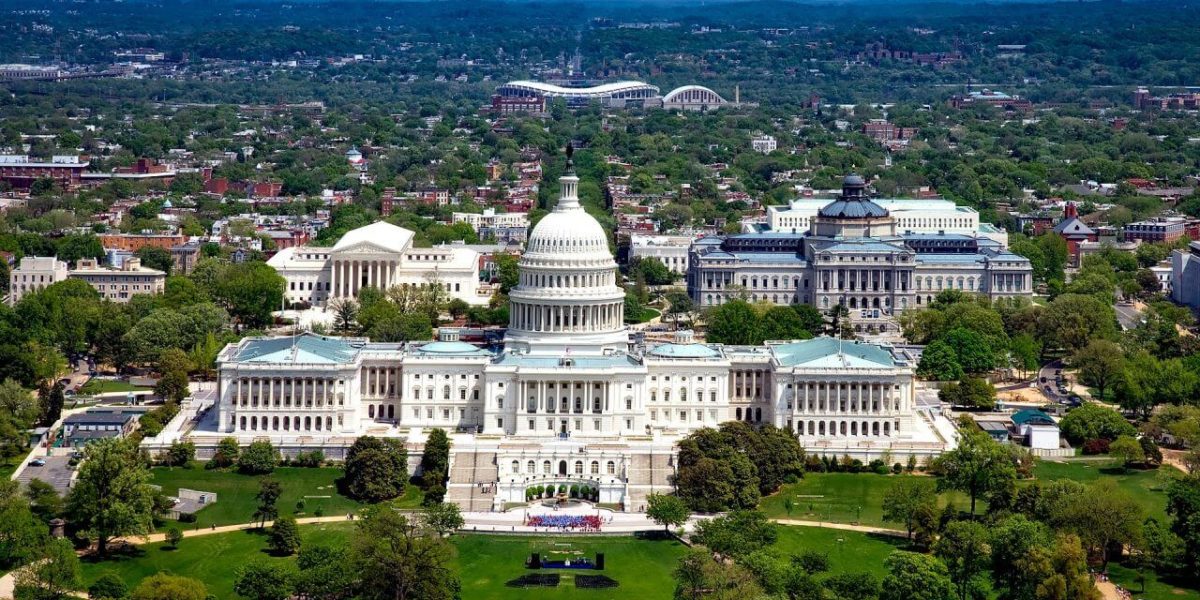 The US institutions are looking at the cryptocurrencies in bewilderment. The lower House of Representative now passed a bill which requires the Comptroller General of the United States to propose regulations and laws.

These regulations will prevent the drug and sex traffickers. But the interesting aspect of the bill is that it recognizes the role of cryptocurrencies and online markets to facilitate these crimes.

The Bill was sponsored by Congressmen Juan Vargas and called “Fight Illicit Networks and Detect (FIND) Traffic Act of 2018”. It was numbered H.R. 6069. The bill seeks to empower the Congress to regulate the use of cryptocurrencies, especially in the online market to prevent sex trafficking and illegal drugs trade.

Congressmen Vargas expressed his thanks to his colleague and expected the same level of support from Senate. Well, he shouldn’t worry on that count. If what we are following since last week, the US Senate is already in the process of attributing every financial and national security crisis on cryptocurrencies. The Senate hearing chaired by Lindsey Graham was a teaser to the future of the Senate’s approach.

The brilliant strategy of the Congress especially Senate was to create a correlation between crime and crypto. The name of these hearings and their stated goals are just that. The perception battle is something which never pays attention to details.

Framing the issue as criminal act gets the job done. This Bill played on the similar tactic. The use of cryptocurrencies is assumed to facilitate sex trafficking and illegal drug trade. So crypto is guilty just by association. By this implication, entire banking and financial sector should be in ruins.

The major problem of the lawmakers is the anonymity that cryptocurrencies have. According to their views, this feature enables them for the use in illicit activities. This was mentioned in the press release about the Bill.

These two are the most heinous activities when one takes the public opinion into consideration. The Dark Web is a Wild West. The governments have no means to regulate it, therefore, all kinds of actors are involved there.

Ross Ulbricht’s Silk Road initiative was one of such marketplace. He claimed to be inspired by libertarianism to such an extent that even ethics of an issue was up to the marketplace to decide. His trial brought lawmakers attention to these issues.

I don’t think they have enough technological inclinations to understand how Darknet works. Bitcoin payments were one of the major drivers of Silk Road successes. Again, guilty by association. The name Bitcoin and sex trafficking together are more than enough for casting a permanent image in their mindset.

However, to be fair, the preconceived suppositions were strengthened by DEA’s National Drug Assessment of 2017. The report said that crime syndicates are now increasing their use of cryptocurrencies for the nefarious purposes such as trafficking businesses. DEA further asserted the idea that cryptocurrencies in conjunction with online marketplaces of the Darknet are the major driver behind the country’s opioid crisis. Another classic hit job.

If one has any idea about the contemporary American political landscape, the opioid crisis is one of the biggest factors in Mid-West revolt of 2016. The switch of the Reagan Democrats to Trumps Republicanism sealed the fate of the White House.

A recent study by Harvard University claimed the direct correlation with the loss of manufacturing jobs in heartland and beginning of the opioid crisis. J.D. Vance Hillbilly Elegy is an excellent account of the opioid crises in America.

Jeff Session’s DOJ is determined to intensify America’s War on Drugs. Amidst all these comes a bill which correlates cryptocurrencies with Drug trafficking. The optics of the subject matter is enough to make sense of where things are going.

The Bill specifically instructs the Comptroller General to determine the link between the payment methods and buying, selling and financing of these activities. The bill wants to nail down how exactly the illicit funds sent by cryptocurrencies are repatriated into the regular banking system. The tactic employed to achieve this varies from money laundering to various others.

The aim here is to find ways to prevent the capital generated from these activities from entering into the US banking system. There is a possibility that cryptocurrencies might help the law enforcement agencies to prevent such problems.

But for that, there is a need to understand how these cryptocurrencies work. Their traceability and immutable nature can be employed to prosecute these cases in the long run.

The bill will now go to the Senate’s committee on banking, housing, and Urban Affairs. After its enactment, the Comptroller will have one year to finish its report and submit it for the consumption of the Congressmen.

Who have more power over Bitcoin: Influential Twitterati or ‘Silent Majority’?

Why Ukraine might emerge as mining capital of Europe?