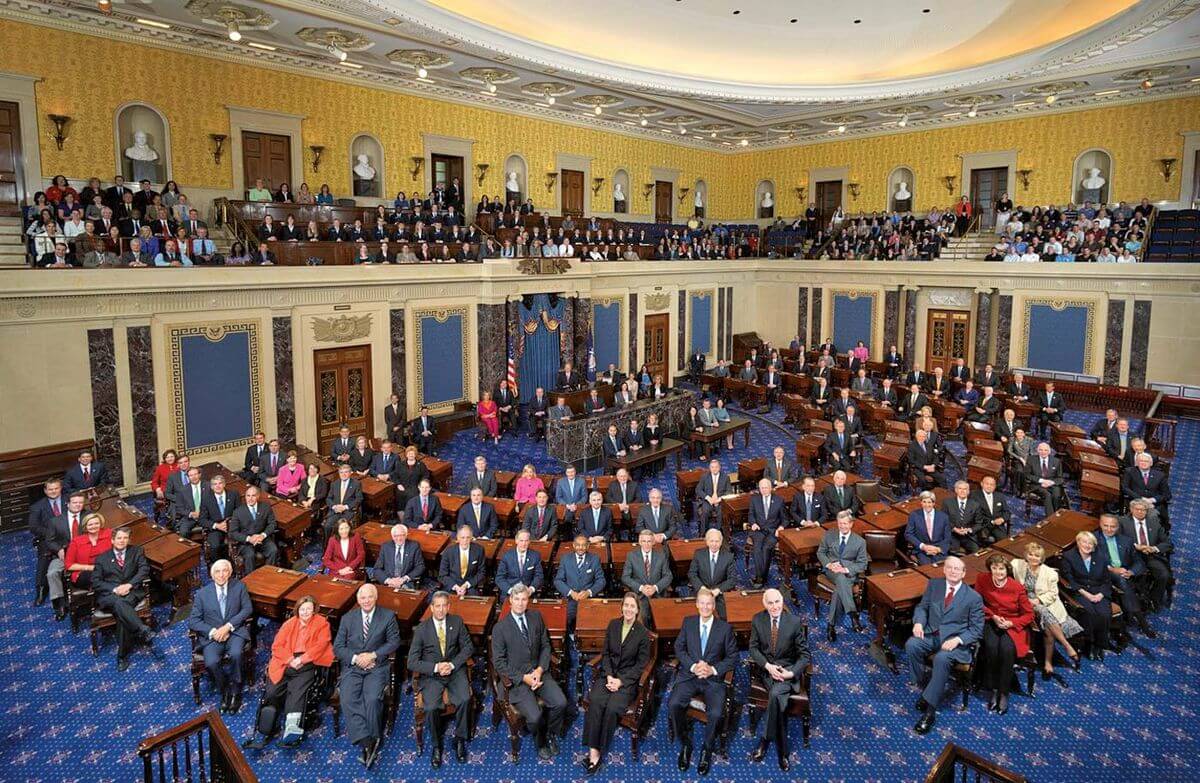 United States Senate continued with its securitization project yesterday. We already discussed the entire framing of a hearing named “Protecting Our Elections: Examining Shell Companies and Virtual Currencies as Avenues for Foreign Interference” is pointing to a single narrative. That is exactly what happened during the case.

Securitization is a very potent theory given by Copenhagen School of International Relations to explain how policymakers elevate some issues by securitizing them. Barry Buzan is the mind behind the concept.

The theory proposes that even the utterance of word security is enough to garner the attraction of the audience. This audience can be the political class, citizenry or entire nation. So the speech act itself is weaponized with word ‘security’.

Once an issue is associated with security, it comes out of the realm of normal politics. It can only be dealt with by special means. Political deliberation of the normal kind which is the hallmark of democracy don’t apply. This gives policymakers free hand to play on the anxiety of emergency.

The Framing was already done

This is a textbook case of the securitization that took place during the hearing. The framing was done from the onset as we pointed out earlier. The hearing pushed all the right buttons. Money laundering, Russia, anonymity being criminal. It was almost like a premonition for the analysis.

First, the witnesses voiced their concern about the potential use of crypto assets in order to make illegal contributions and campaign donations. The guise of the hearing was under Subcommittee on Crime and Terrorism. Another classic framing act.

Apart from Lindsey Graham, Scott Dueweke of Dark tower, Shiela Krumholz of the Center of Responsive Politics and David Murray of the Financial Integrity Network took part in the hearing as the witnesses.

I don’t think the Senate has an expert grasp on the working of the cryptocurrencies or Blockchain technology. But hey who needs expert opinion when the conclusion is already being set. No wonder, a reality TV star is sitting in the Oval office and public trust in Congress is lowest of all time.

Expert Opinions was anything but

Now let’s go with every witness and their opinion. Dueweke said during the hearing that cryptocurrencies are “tailor-made” for affecting the US political processes. He included both Bitcoin and other centralized virtual money systems as a threat to democracy. According to him, criminals find the relative anonymity of these systems to be a boon.

There are so many things wrong with the above assessment that even a rookie in the crypto market can point them out. Bitcoin is fundamentally different from centralized systems. That’s the whole point.

Crypto transactions are not very anonymous right now given the fact that NSA now has the capability to track the transaction addresses. And this guy thinks that they are tailor made for attack n US democracy. That means Satoshi Nakamoto is from ‘Axis of evil’ or most probably Russia.

Mr. Dueweke also believes that the global reach of the crypto assets are a problem as they can create a web of thousands of exchange points that connects every corner of the world to the United States and also with the coffers of politicians. So much for globalization. Read any WTO, IMF, World Bank or State Department report since Washington Consensus and this is what they were hoping for. But now it’s a problem.

Another witness David Murray, the VP of Financial Integrity Network expressed his agreement with Dueweke’s assessment. He thinks that the crypto assets can be used to circumvent the US campaign laws. He also said,

“Exchangers can hop from jurisdiction to jurisdiction in pursuit of favorable regulatory regimes, and the anonymity that they afford users could be attractive to foreign adversaries seeking to thwart campaign finance laws”

Let’s come to the biggest boogeyman of all. Russia. Mr. Dueweke expressed his concerns regarding Russia’s use of cryptocurrencies to affect American political system. He said that Russians are interested in releasing their own cryptocurrencies and are considering a 13% tax law to exploit the crypto boom.

The claim is not entirely qualified if one regularly follows the crypto market in Russia. Duma is still confused on how to respond to it. Sure Mr. Putin and PM Medvedev think that Western sanctions can be neutralized by crypto assets but the details are still to be figured out. They themselves are struggling with the dilemma of how to control the newly emerging market. Russia being a mafia state has a highly unstable economy. The addition of this new variable is not very stabilizing for them.

Dueweke, however, had some kind words to say about Blockchain technology. He said that these systems are not inherently bad, no more than cash or credit card and should not have a stigma attached to them. He further said,

“The Committee would do well to set as a goal for itself to maintain and continuously establish the United States as the world’s leading advocate of Internet payment systems, virtual currencies, and their use”.

Despite making these positive noises, in the end, he fell for the narrative building exercise of the US Senate.

How cryptocurrencies can transform the humanitarian relief programs?

Facebook Reverses its Ban on Ads related to Cryptocurrency