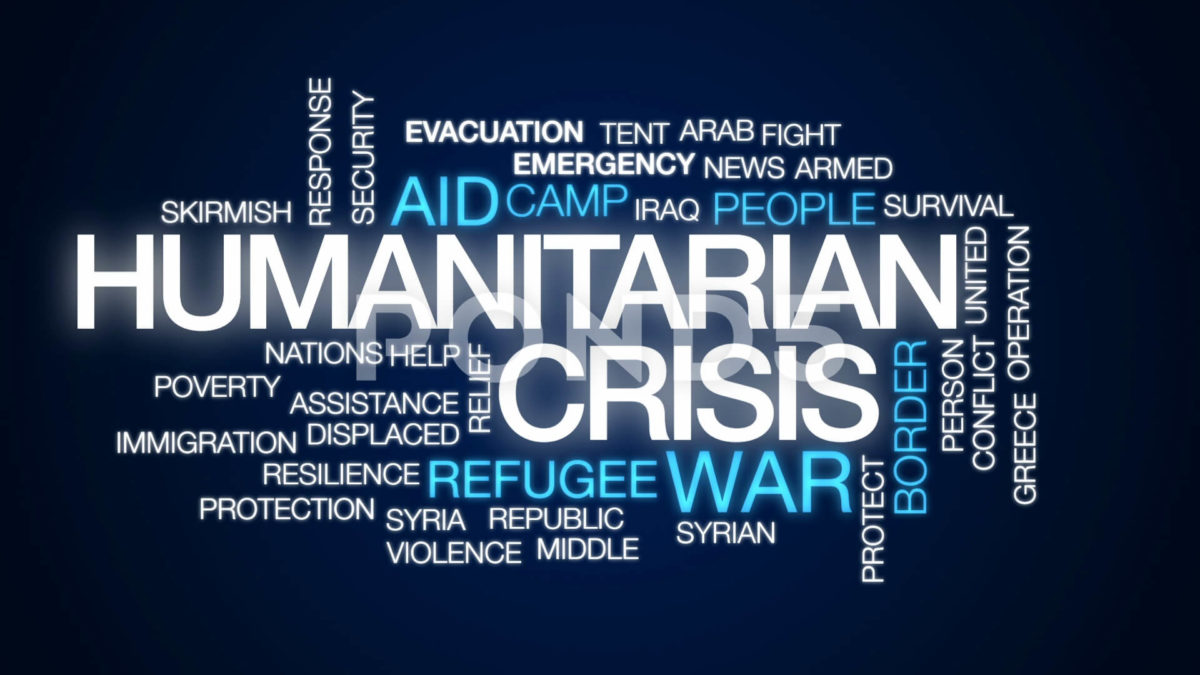 Cryptocurrencies are boon to the global economy in many ways. They reduce cross-border transactional hassles and forge more direct people to people contact. But even more important than that they are effective tools in countering the red-tapism. This feature is one of the most important when it comes to helping the most vulnerable in developing world and LDCs.

Cryptocurrencies give a new hope to reform the corrupt food chain of the NGOs (Non-Governmental Organizations) in the developing world.  The centralization of the UN money in many of these cases are a recipe for the disaster.

The amount that the West sent to these countries each year to foster their development and protect their vulnerable population is staggering. The total humanitarian spending crossed 137 billion USD last year according to a report. But when anyone goes to these areas, there are no definite improvements. The money gets lost in between the corrupt government official, tribal fief and also some NGO workers.

One very easy case is the money United Nations sent to Lebanon for the welfare of the refugees. These refugees are taking shelter in Lebanon and Jordan. They are fleeing the Syrian civil war which is now entering its sixth year. The great games between US and Russians have already made this region a living hell. Add to that the rise of ISIS and splinter groups who have their own ideas of governance.

United Nations agencies went there to deliver them the aid. But the lawlessness of the region practically forced them to take help from Hezbollah. Since Hezbollah is a Shiite organization, they have their own set of problems with Sunni terrorists of ISIS.

They are now policing the UN aid to Lebanon and surely are getting their fair share of the aid. The humanitarian money of the West is going to a terrorist organization due to transportation inconvenience. This is the world we live in now.

Cryptocurrencies solve this dilemma with a very basic approach. There is no need for a middleman to deliver the capital to the organizations on the ground who needs them. One can easily transfer Bitcoins or other cryptos directly into the accounts of the NGOs.

One doesn’t need the permission of the local government or a tribal warlord to deliver them. Once they get there, the entire use of the crypto can be monitored easily. Imagine the costs that will get saved after the enactment with the added benefit of not aiding terrorism.

UN can work on a Blockchain based projects which rank the NGOs associated with the various UN bodies. Their work and judicious use of United Nations fund can be used as an incentive for others NGOs to improve. This would do so much to improve lives of so many all across the globe rather than just relying on the existing channels of aids. They clearly are not working.

There are some enthusiastic projects on the lines of the introduction of crypto to wider NGO world. Crypto software development program KryptoPal is working with Swiss NGO help2kids. They are working on providing software for accepting cryptocurrency donations. Help2Kids works to provide food, healthcare, and education to children in Malawi and Tanzania. The program is yearlong and will allow donors to track their donations until the actual usage of the funds on site in Africa. The aim is to expand this program to entire Asia and Africa later.

The founder of Help2kids said, “This reduces our overhead costs by 10 percent, which allows us to send 90 percent of our donations to the children in need.” There are certainly some NGOs where cryptocurrencies are acceptable. Pineapple Fund is another charity which only accepts Bitcoin. They have already donated almost 5,104 BTC to various causes.

UNICEF Australia allows on its web to mine crypto as a donation of one’s own processing power. This project kickstarted in January and was very popular among the gamer community. That was the demographic the UNICEF was trying to target. They appealed gamers to lend their processing power for crypto mining when they were not playing games, eating or sleeping.

Cryptocurrencies are already changing the process of charity and funding all across the globe. Now the pace of the change needs to be accelerated so that these technologies can improve the lives of the truly vulnerable in the Global South.

Senate hearing on Cryptocurrencies was a textbook case of Securitization